The group of works shown at Luca Moscariello’s solo exhibition A riveder le stelle! embraces a sidereal arch of incessant considerations and investigations on the continuous reformulation of the painting’s potential focused on the desire to amaze the observer, disregarding what has been previously seen from time to time.

There has never been a more appropriate historical moment to show these works. The unpredictable and dramatic situation caused by an invisible virus has changed how people around the world lead their lives. Like many people who have been sharing their experiences of coping with the outbreak, Luca Moscariello has deeply thought about the essential message: nothing could be found where it has been left. Thus painting, scattering figurative results to the point of being stripped of signs so that it transforms itself into pure suggestion, underlines the changing nature of things. The exhibition moves and reveals a multifaceted vision and the artist’s restless research.

We could begin talking about the group of figurative works starting from Mirabilia, a herbarium with apotropaic virtues, which captures the eye and draws it into a maze of colours and amazement. All the figurative-type works are scenarios which transcend chronicles and moods of everyday life to reveal themselves and open up a world of wonder. These are alternated with other works, in which the narrative component leaves space for the magnetism of colour. In works such as Architettura del cielo, Cattedrali or Variazioni, the palette declares itself the protagonist, it becomes the means and the purpose, without a form it becomes power. Surfaces that allude to the vision of a hypothetical opening/window, no longer on a herbarium, but a flight to an indefinite space. It is the desire to lose track, to redefine the journey, to fuel the discovery, like in a magnificent bewilderment.

The works titled Il narratore di silenzi, shown for the first time in the prestigious location of Palazzo Largo Augusto in Milan, have a poetic meaning which reaffirms how a story can feed on unspoken emotions. These unpublished works, made of iron foil and felt, take the research to a further level, in which the pictorial deception merges with the suggestion of an unexpected dialogue.

In contrast there is the essential work of the exhibition A riveder le stelle which is a poetic and pictorial masterpiece where words and brushstrokes meet in the painting which comes from the soul and reaches the soul. Moscariello comments:

“I rarely use quotes for a title, however with this exception I felt I wanted to share a thought in the form of a wish. Thus, like Dante and Virgil, today we too are called to go through a common hell, a scenario which has the form of uncertainty.

The title contains and summarizes historical memories. The hope, which will be certainty, to get out of this period to rediscover everyday life, projects, dreams, perhaps revisited with a new spirit. At the same time, the title is also the compendium of the never predictable considerations on the cultural and humanistic value of Italy which in every “Middle Ages” has always found a “renaissance” to be born again and disclose. This country has always produced unattainable excellences which have led the way, such as lights in the night as well as stars to follow and watch again.

A riveder le stelle is certainly one of the most complex painting I’ve ever done. It marks an important point in my production; it is a work which fits into my repertoire bringing an unexpected breath and new forays into the executive system. Moving away from a naturalistic verisimilitude, which has already been searched for before, I wanted to turn the chromatic range on the backdrop to acid tones, almost suggested by a changeable, plausible but unexpected nature like the one we are observing in this moment. A complex and multifaceted proscenium is placed in front of this scenario, permeated by various patterns which amaze the eyes and perception.

A scaffolding built to ensnare and bewitch the sight. It is an imaginative melting pot of elements with a familiar but unreal shape, overlooking an equally seductive and unknown nature.”

Luca Moscariello, a contemporary painter from other times. 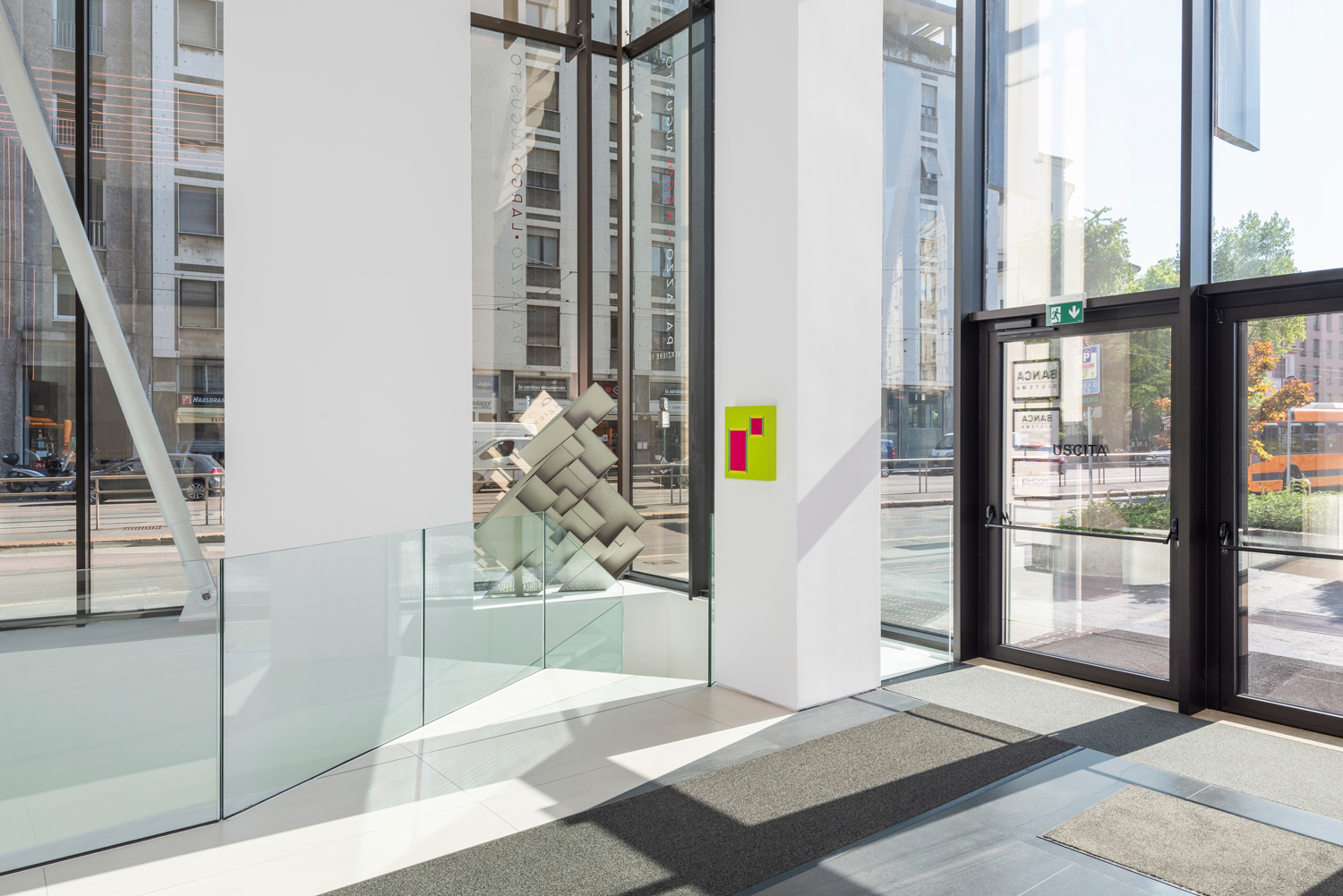 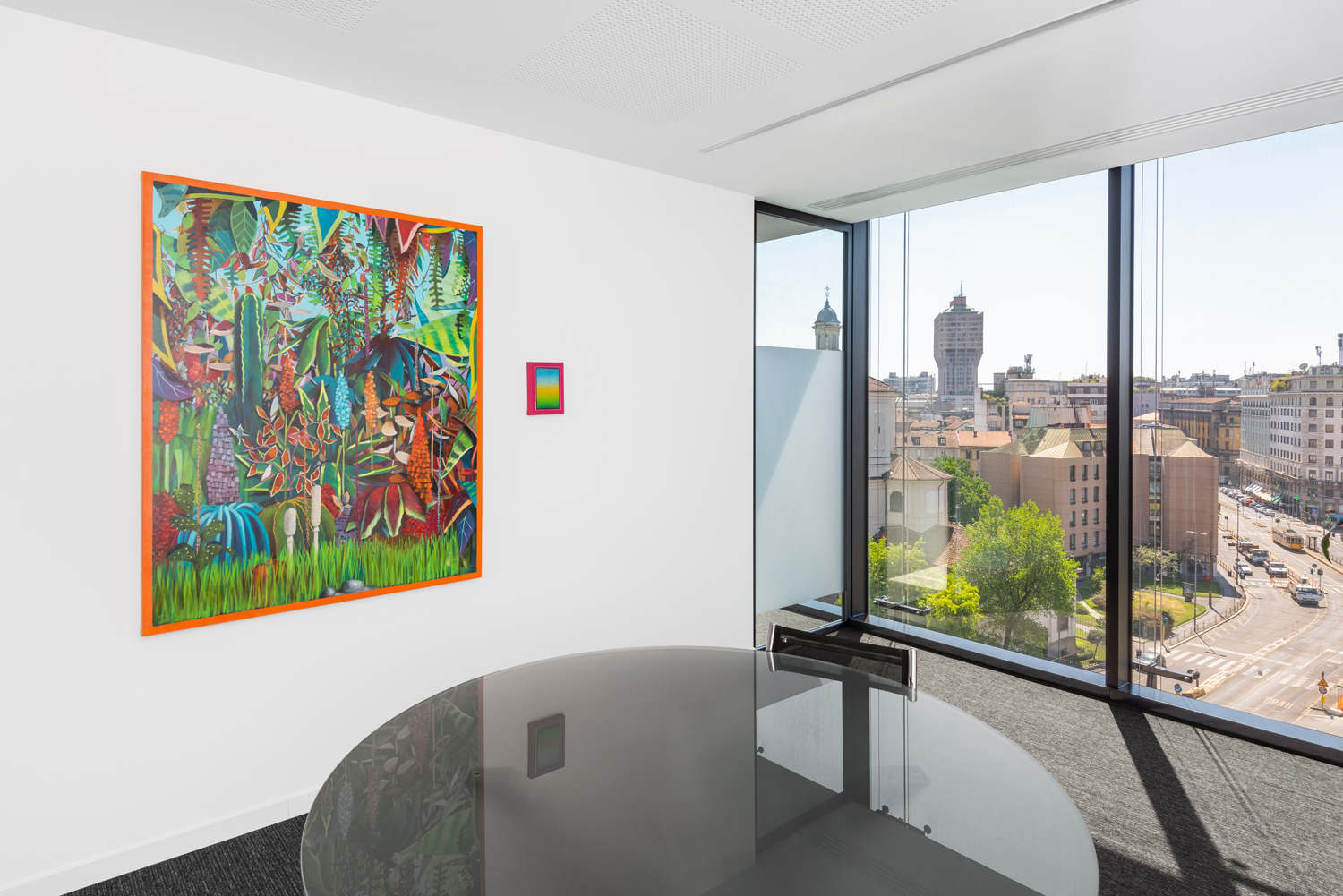 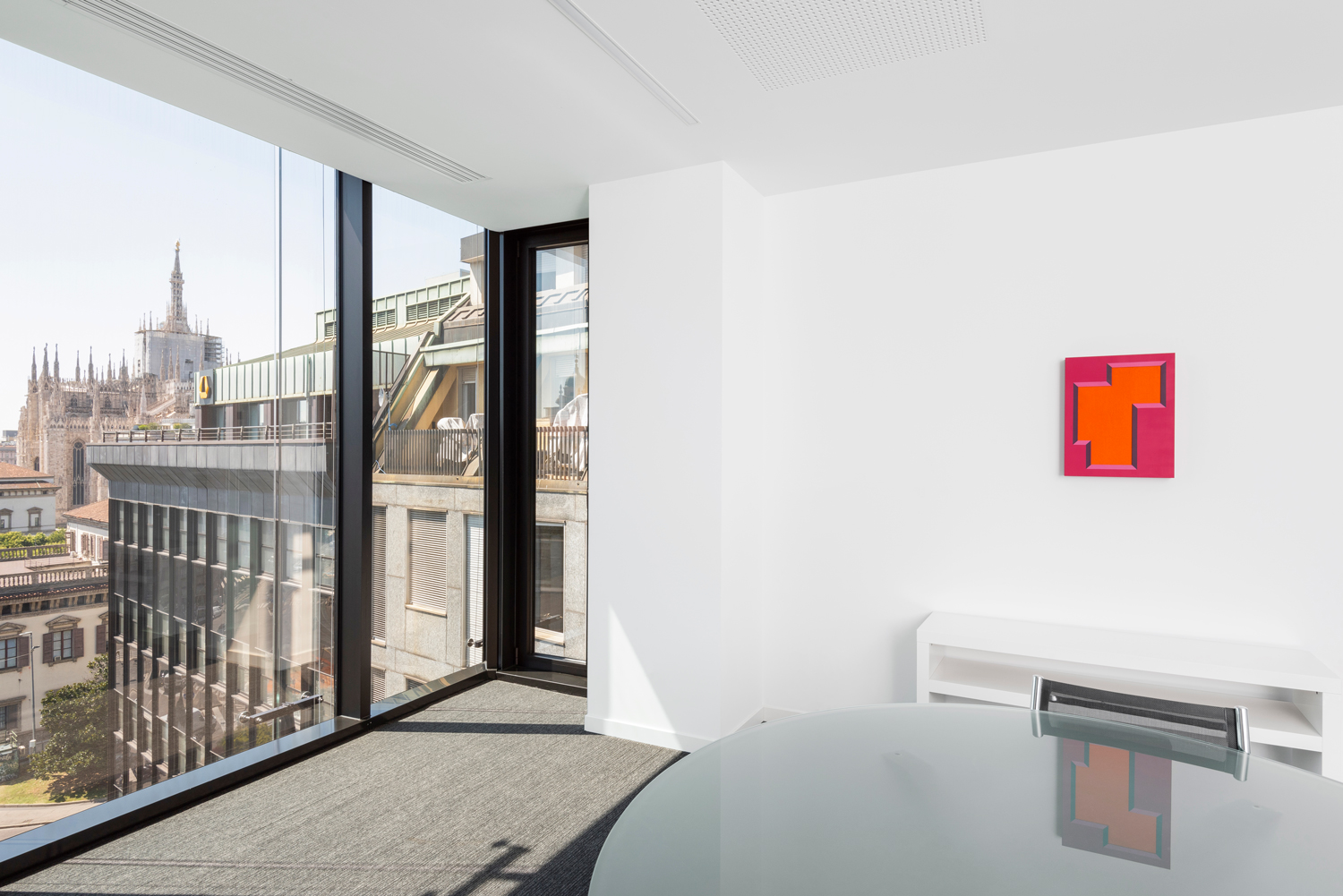 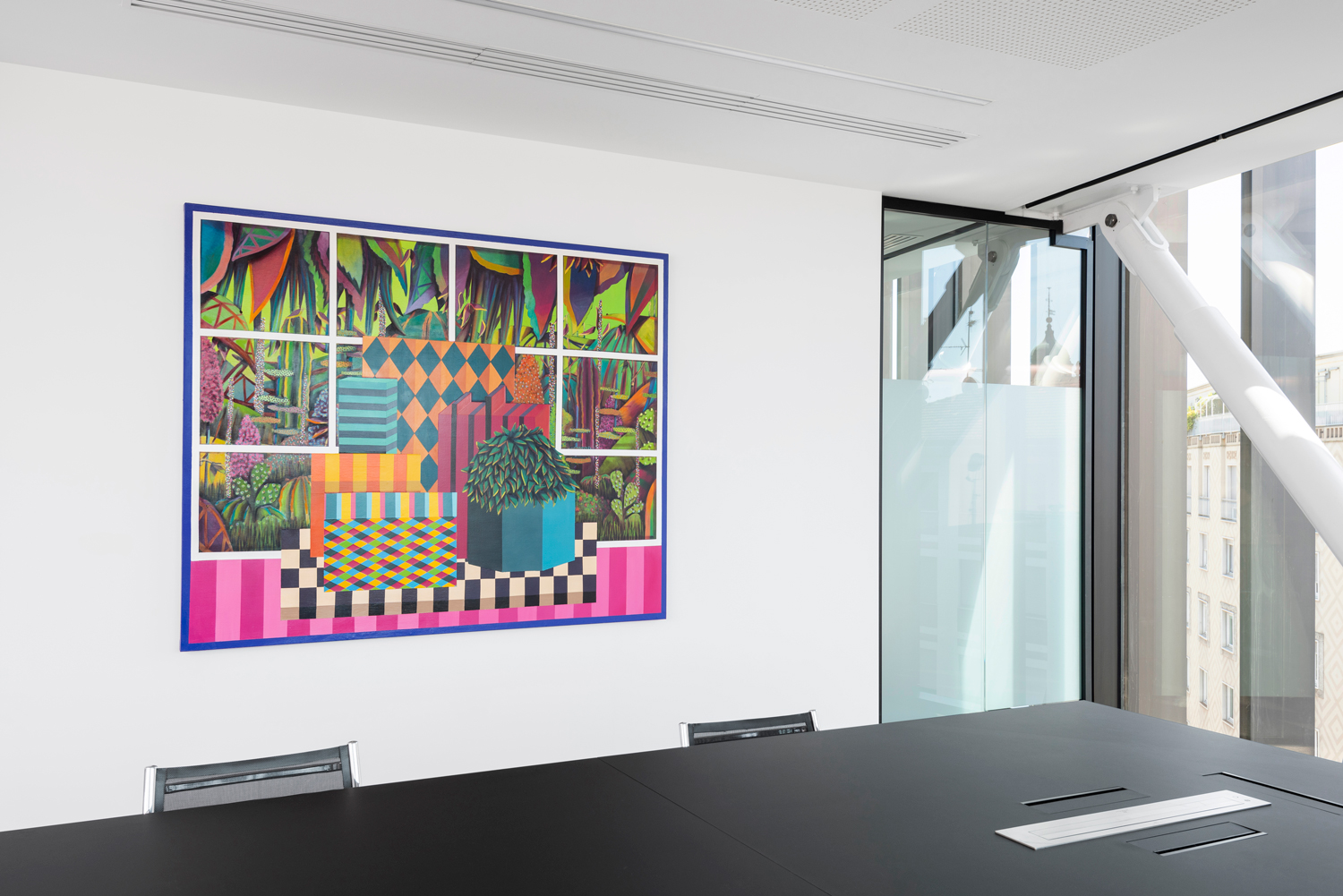 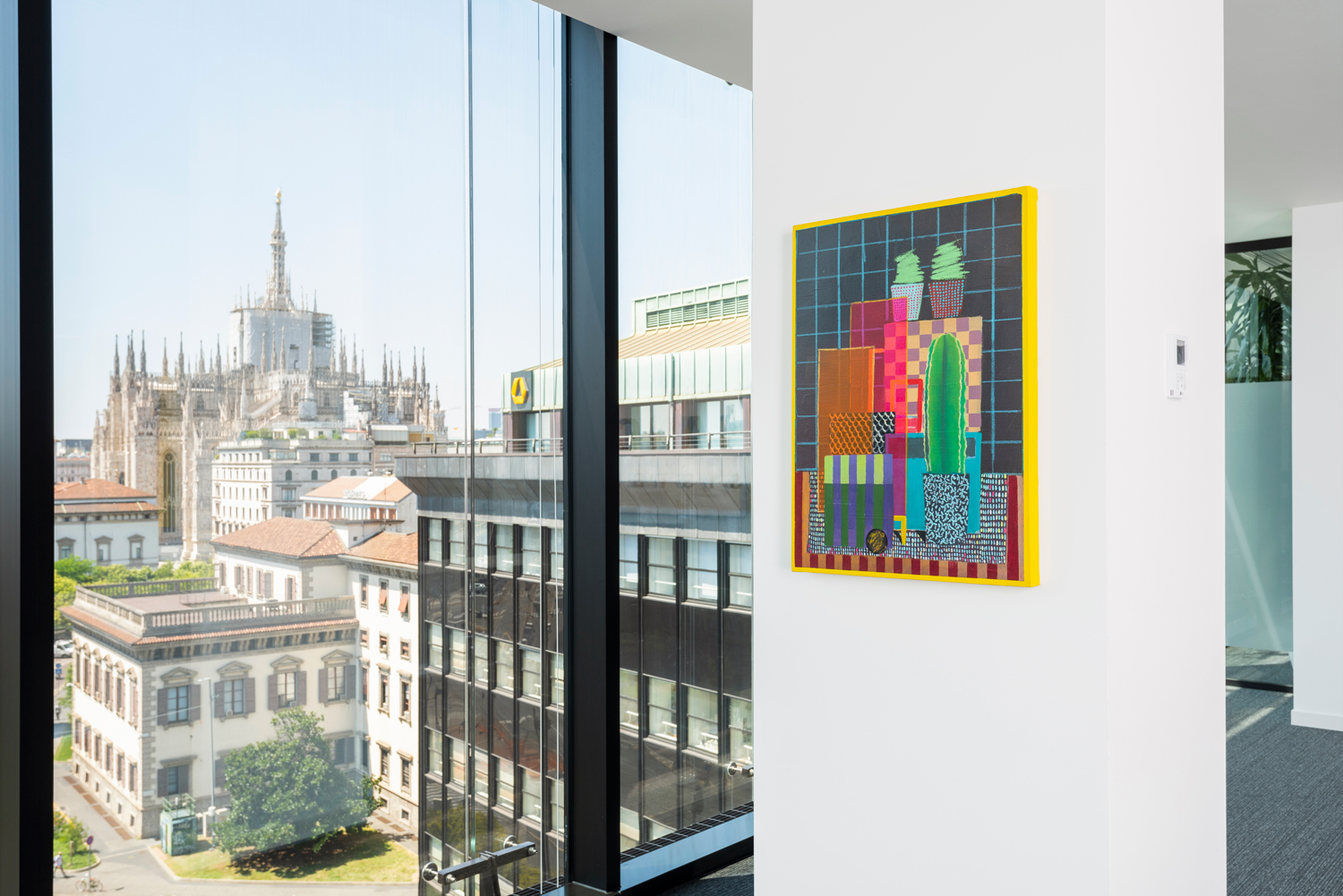 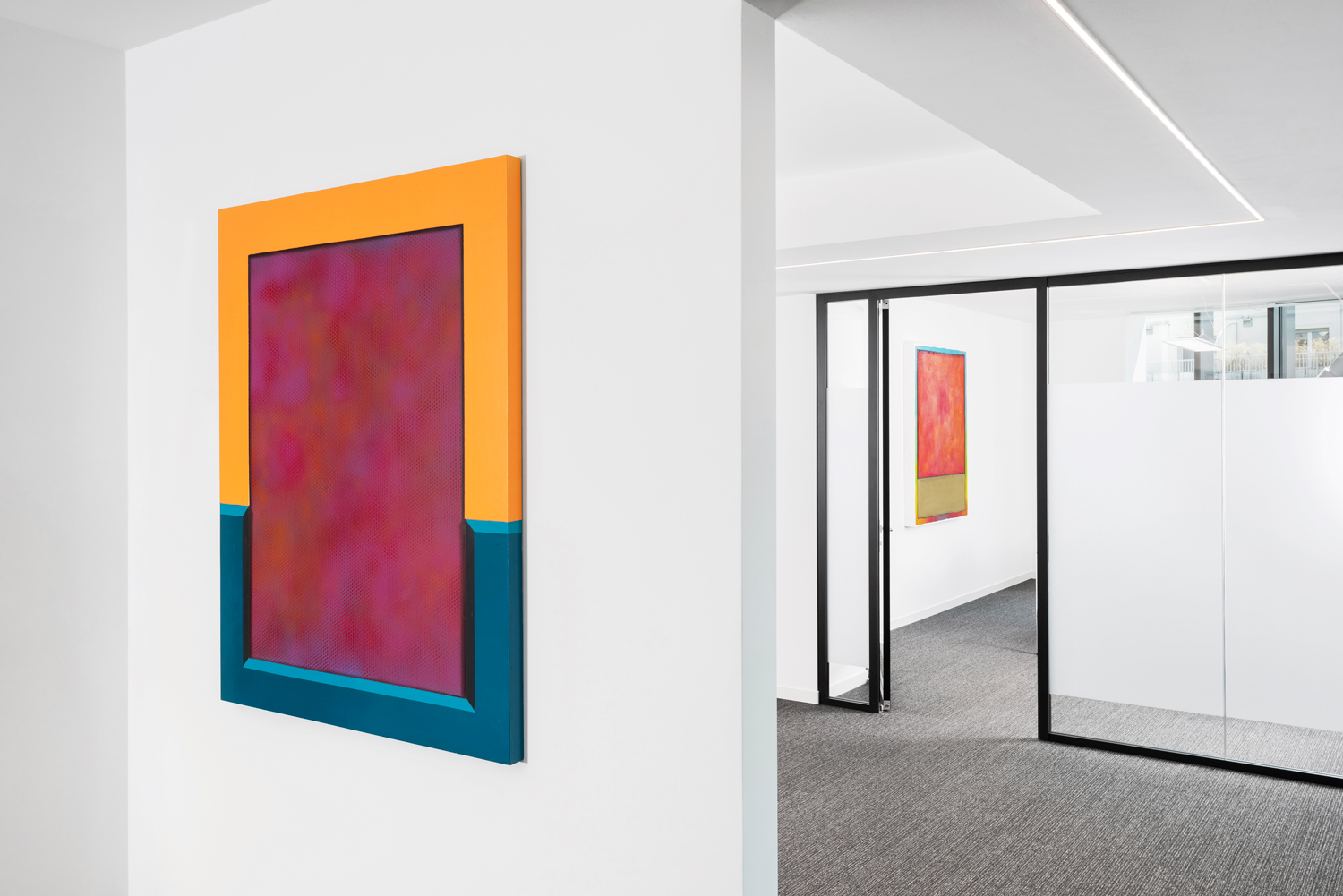 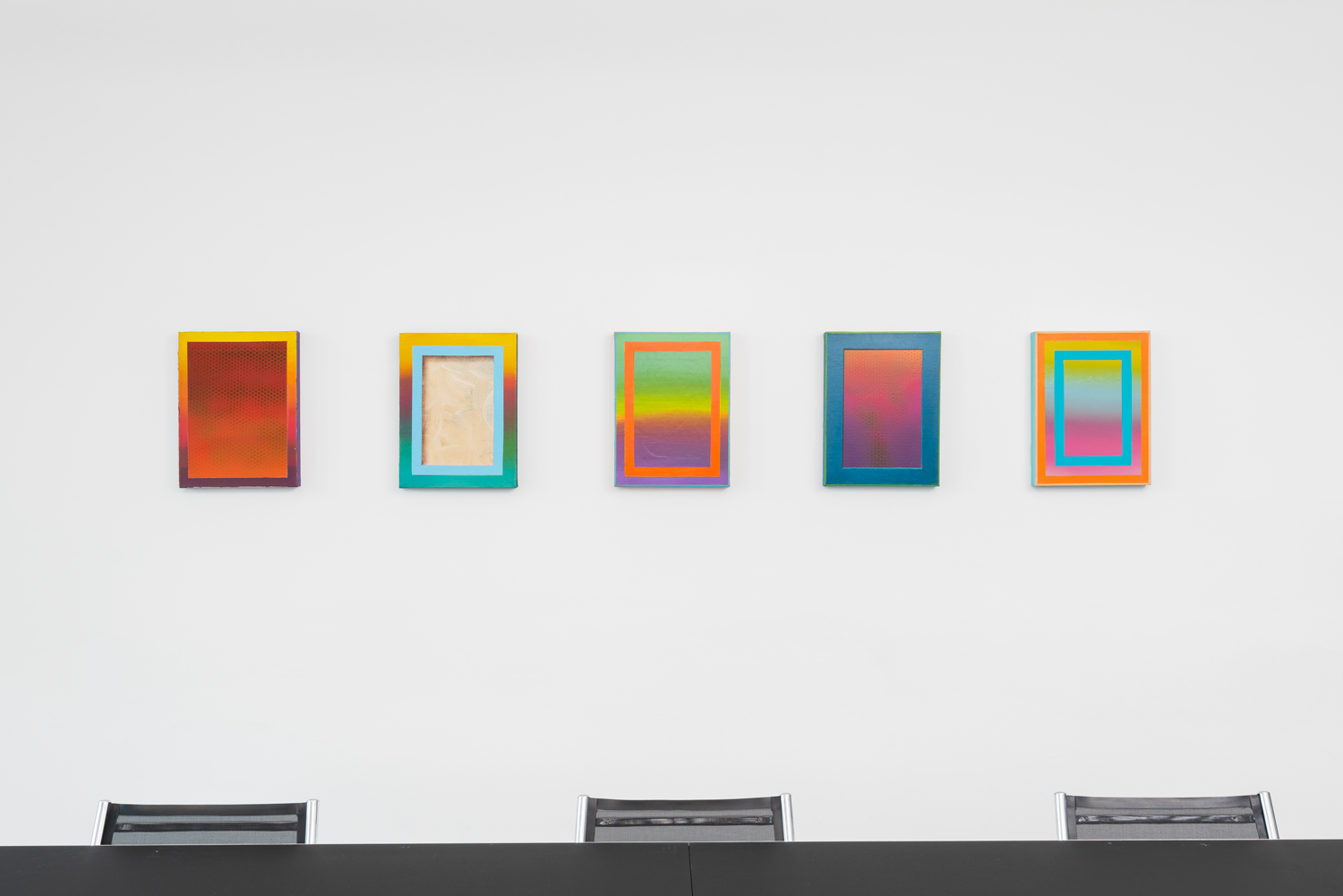 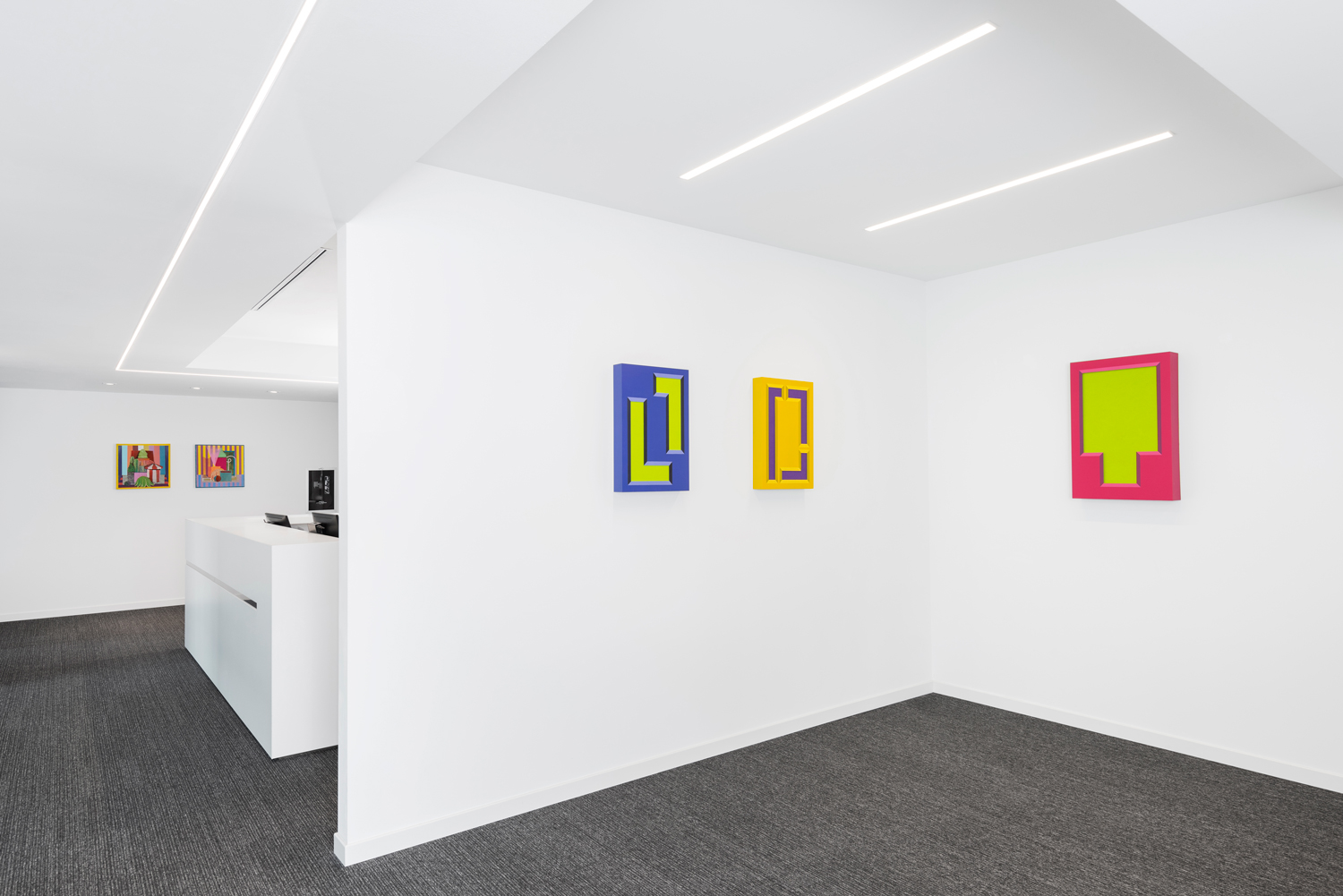 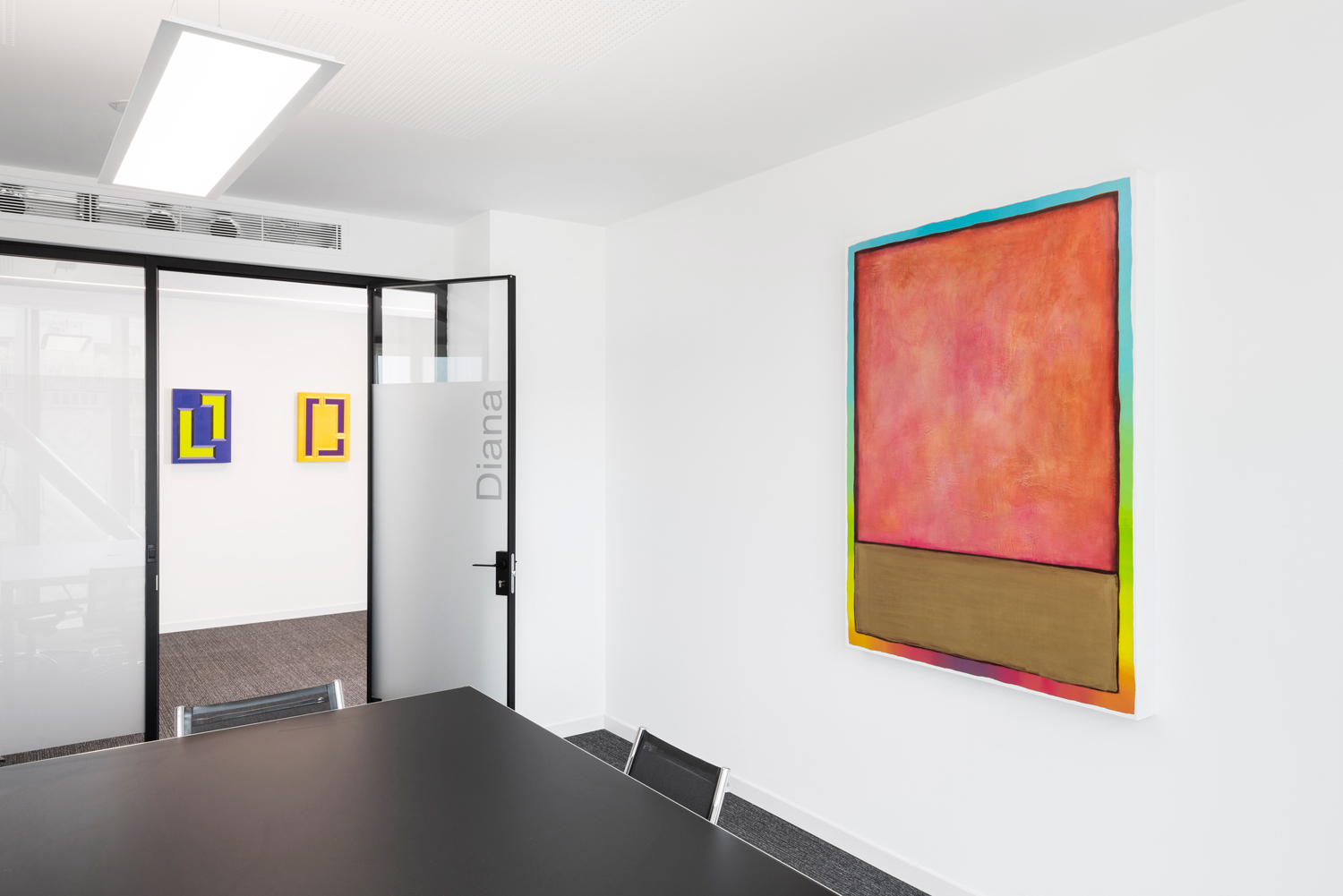 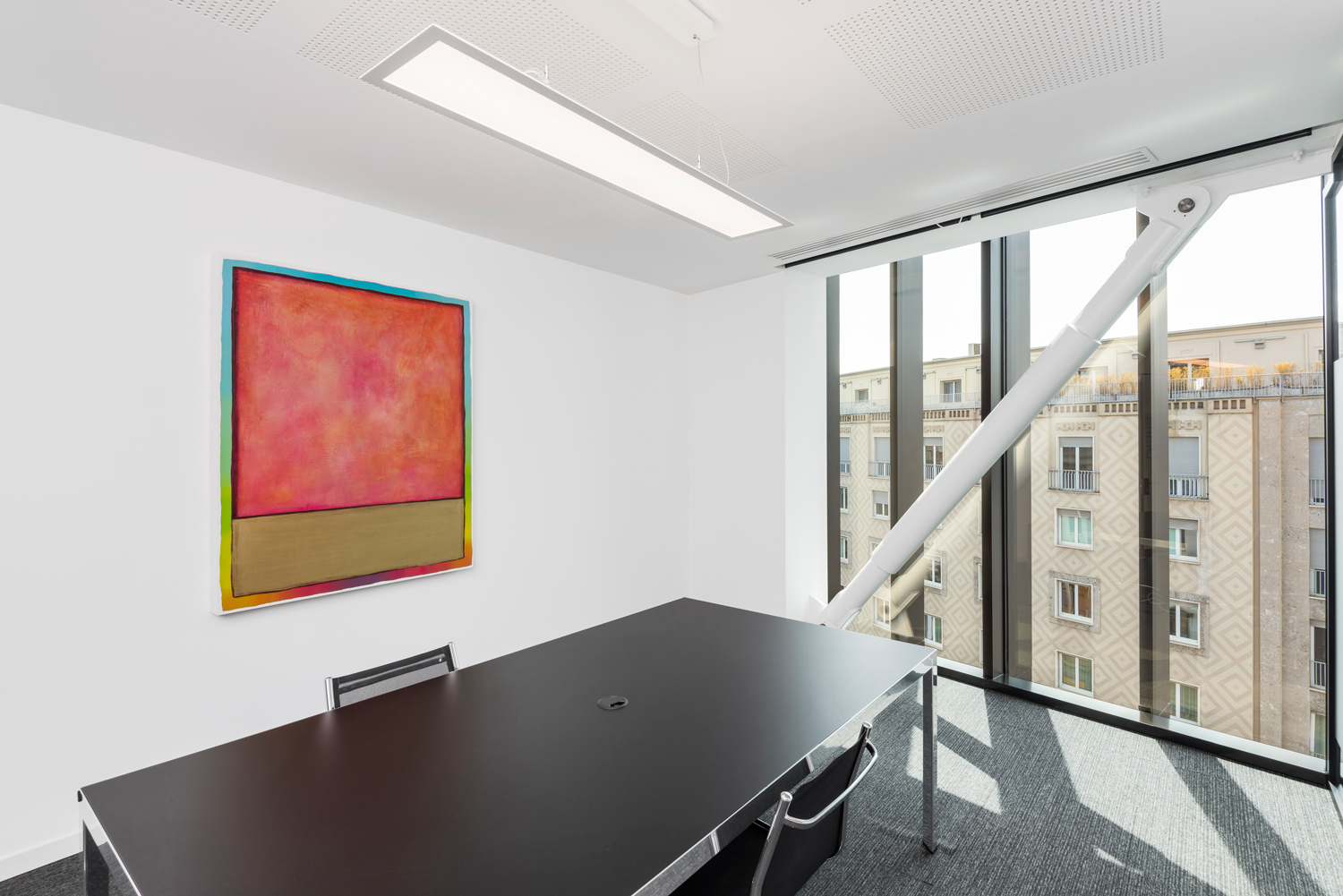 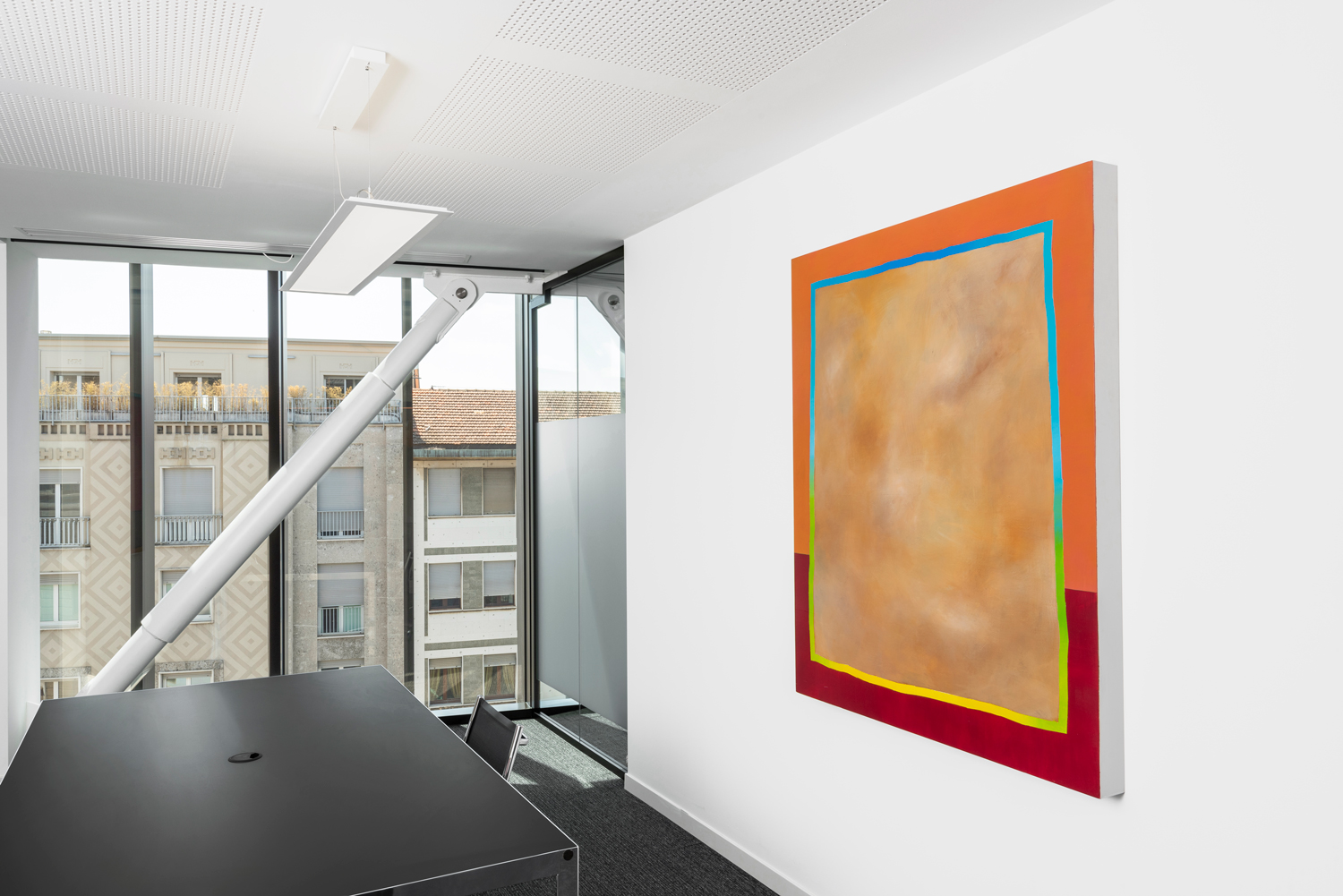