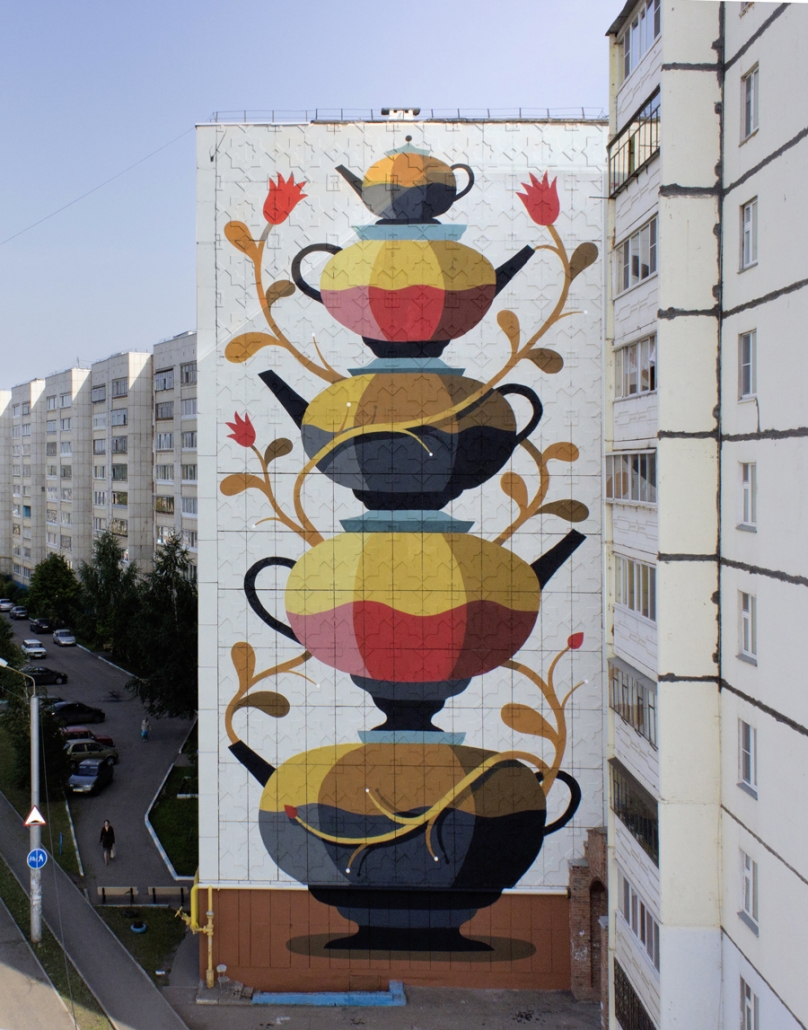 Agostino Iacurci is an Italian-born, Berlin-based artist. In his works synthetic forms and bright colours drive multiple layers of interpretation, through an essential language. This approach places his tales on the perennial threshold between innocence and artifice, serenity and catastrophe, in a magnetic tension that is the interpretive key to our very existence.

Iacurci is one of the most famous street artists in Europe. He began painting on the walls at the age of twelve and later became an illustrator. His training contributes to the determination of his unmistakable linear style. His visual language is characterized by funny characters and flat and bright colours. Through a sort of stereotyping process, Iacurci represents human figures consisting of elementary geometric shapes painted in extra-large format, either on walls or on canvas. He admits that he loves the idea of the artist as The craftsman possessing knowledge that allows him to face a wide range of problems with clarity and honesty. His practice embraces a wide range of media, including painting, mural, sculpture, drawing and installation. Iacurci combines his artworks with scenographic spaces to transform the perception of certain environments.

His work has been shown in many exhibitions, festivals and projects in Europe, USA, Brazil, Russia, India, Indonesia, Mexico, Australia, Korea, Japan and Taiwan.