SINGING OVER THE BONES
Rossella Farinotti

Symbologies and rituals to accomplish. Meticulously stratified abstract figures that cover ambiguous formal mentions of details of little girl bodies, deer or dogs, and re-elaborate an always more complex vision. Different materials – canvases, Japanese papers, silk, concrete, bones, ceramic – used after an intense study and a restless research; new sculptures – the first ever realized by the artist – in concrete and fish bones, that have the function of totems to observe and overstep. The path of Concerto. Singing over the Bones can start from a list of elements that Elisa Bertaglia has re-elaborated and put in a static pose on paintings, drawings and sculptures after having worked on a new body of works for over two years. A very intense two-year period for the Venetian artist that with her husband has chosen to never stop, travelling as much as possible in those cities for artistic professional inspiration – from New York to Germany, until a future trip to Japan –, in order to assimilate the many artworks seen in exhibitions and museums and to meet those figures able to represent counterpoints for an open artistic dialogue. Bertaglia’s artwork impresses also for this: for the tireless work, the energy and the passion in her pragmatic and poetical research. I have rarely met an artist like her.

Bertaglia is like her works: they do not appear so complex if you do not know them. Yet, a second look is enough to catch suggestions that anchor themselves in the viewer’s imagination. Her paintings and drawings speak clearly: they are labyrinths dense of enigmatic ambiguous shapes and signs. Some of them are light – such as the graphite ones that step by step allow the beneficiary to discover always smaller and elaborated figures – others made with oil color are more tangible in the material and in the glance. These works exhibited at Martina Corbetta’s Gallery, have been condensed in a path the more linear possible. Yet what do they represent? They tell stories, depict landscapes – real or not it doesn’t matter – and oneiric environments. The last paintings, realized between 2017 and 2019, reveal an accuracy in the almost painful colors. This is due to a constant tension and changing. After two years of study and research between United States and Italy, the artist highlights the developments of her last body of works through more severe reflections above nature and childhood, in an even always unreal and metaphoric representative key. Themes – such as landscape, concealed human aspects, dark, nature and abstract shapes – have been analyzed by the artist through different sides and media: from Japanese paper to cement, from fish bones, ironically gathered in markets, to ceramics produced during an artist residency at Officine Saffi in Milan in 2017, until the light silk fabric, hiding the painting elaborated over the many layers of the canvas, as in a private voyeurism. And then the three big concrete columns, two and a half meters high, realized by Elisa in a self-taught and determined attitude to create a site-specific installation in the gallery: a passage with obstacles that, once the threshold has been crossed, must be overstepped to have a dialogue with the drawn and painted artworks, observing them with care. The same care with which the artist (accompanied by musical backgrounds that inspired the title of the solo show) mixes her own past and the suggestions of the art world that she likes, looking at different artists – both historical and contemporary – and with a spiritual mood, often in balance among the surreal, the troubled and the natural. The last big paper, the first we can meet in the exhibition path, represents this complicated macro-world that has been gradually developed through other artworks that, as in a puzzle, recreate the story.

“Let’s meet at the gallery. Elisa is going to leave for the United States, then maybe she will go to Japan and she wants to show us some new works that she has realized”. In 2017, in this way starts the story of a project, elaborated by Elisa Bertaglia in the time-frame of two years. Concerto. Singing over the Bones is an itinerary that presents more than thirty works of different dimensions that the artist has disclosed to narrate many experiences, course changes and stratifications of matter and thoughts. Color spots over landscapes and heaps of bones, animal antlers or poplar leaves, carefully drawn with graphite, create textures as a solid base over which the artist has played with shapes, nuances and new materials. In this way the images are driven straight to the eyes by a little bit of casualty, as it happens in her ceramics too. 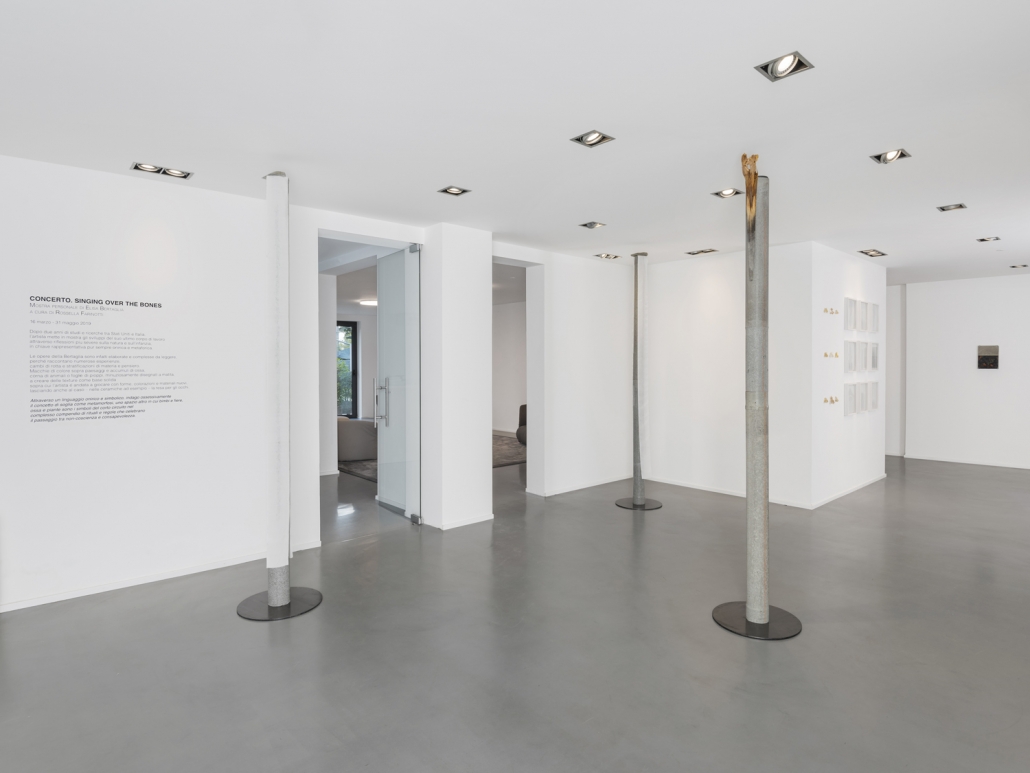 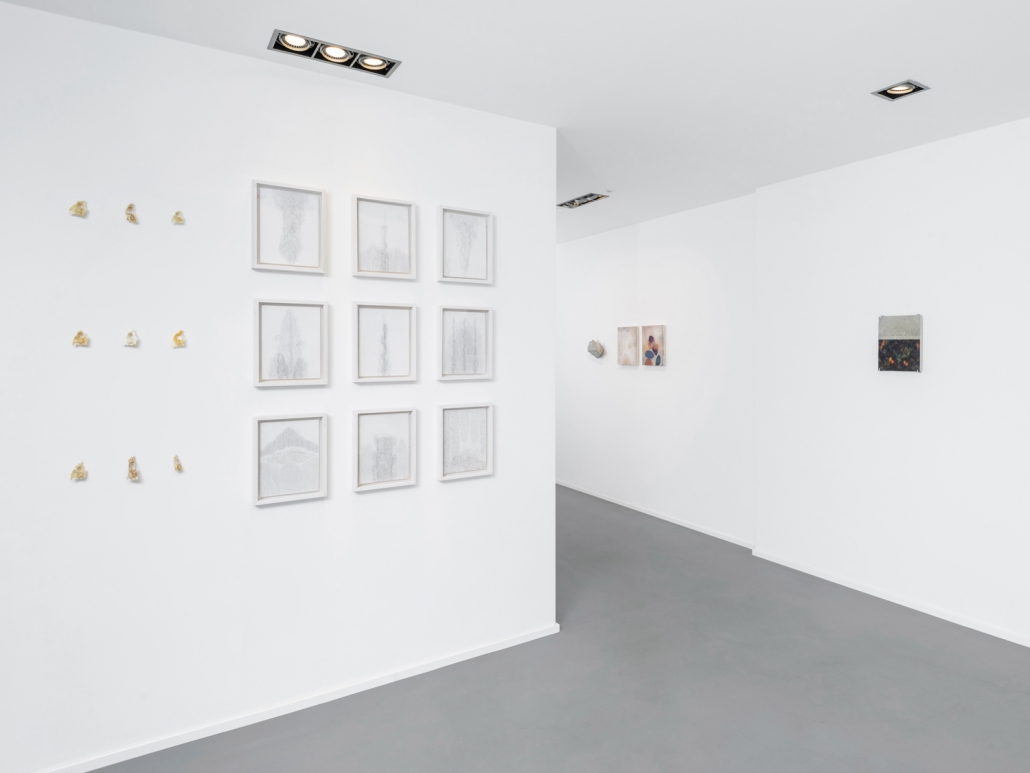 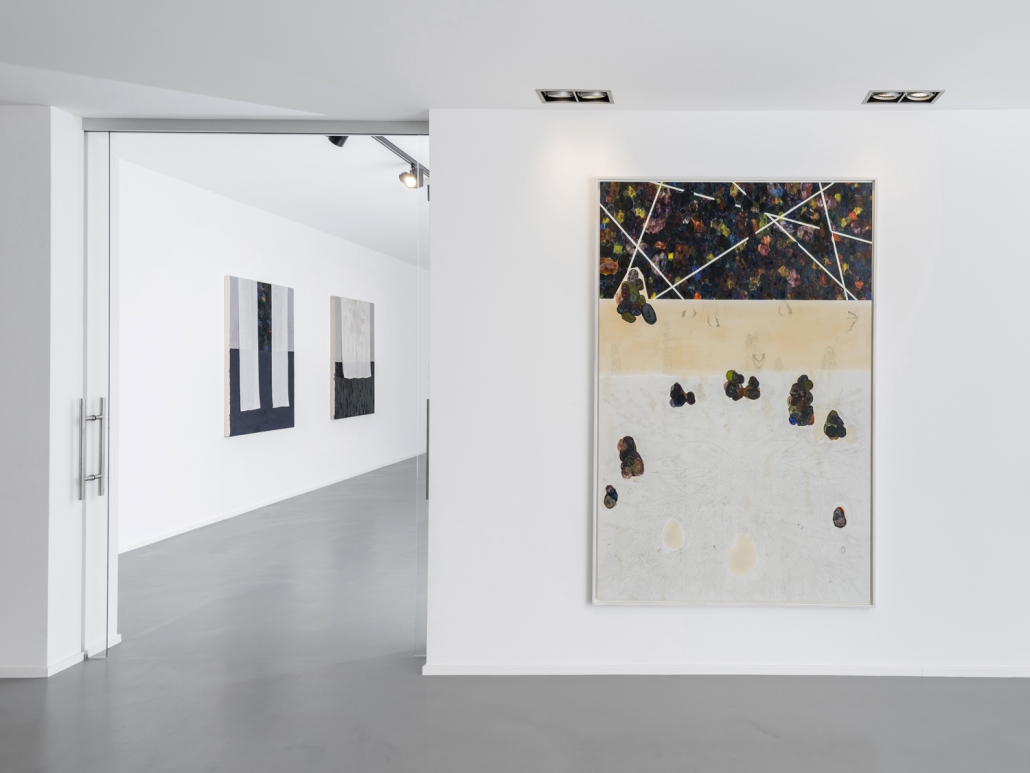 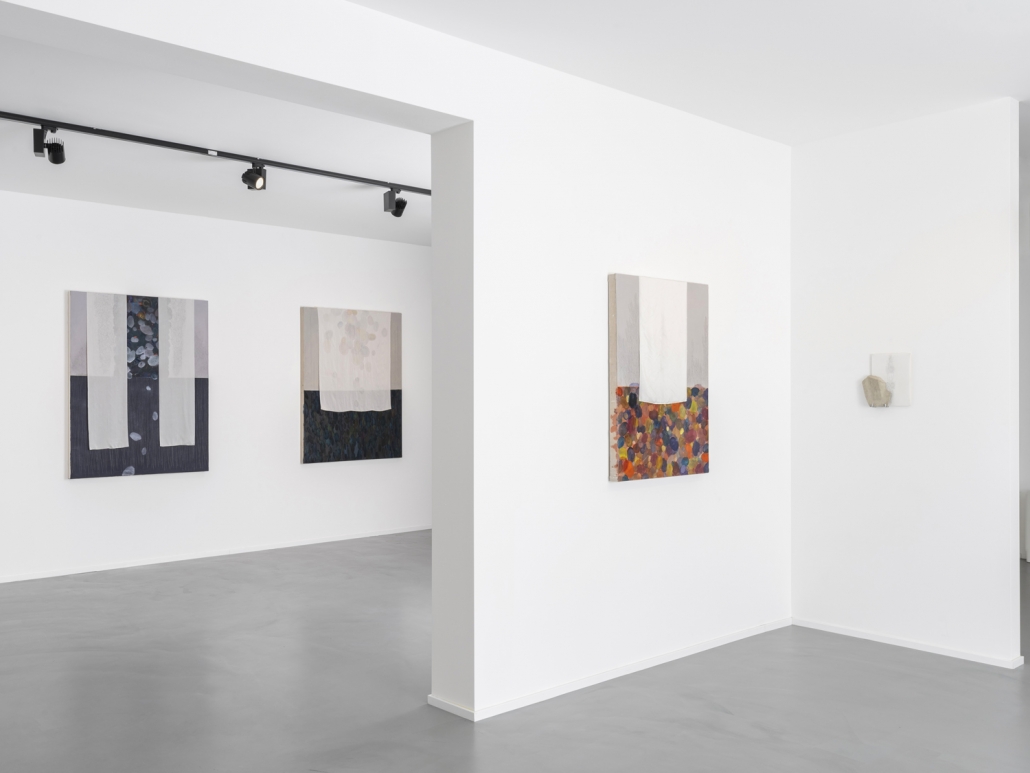 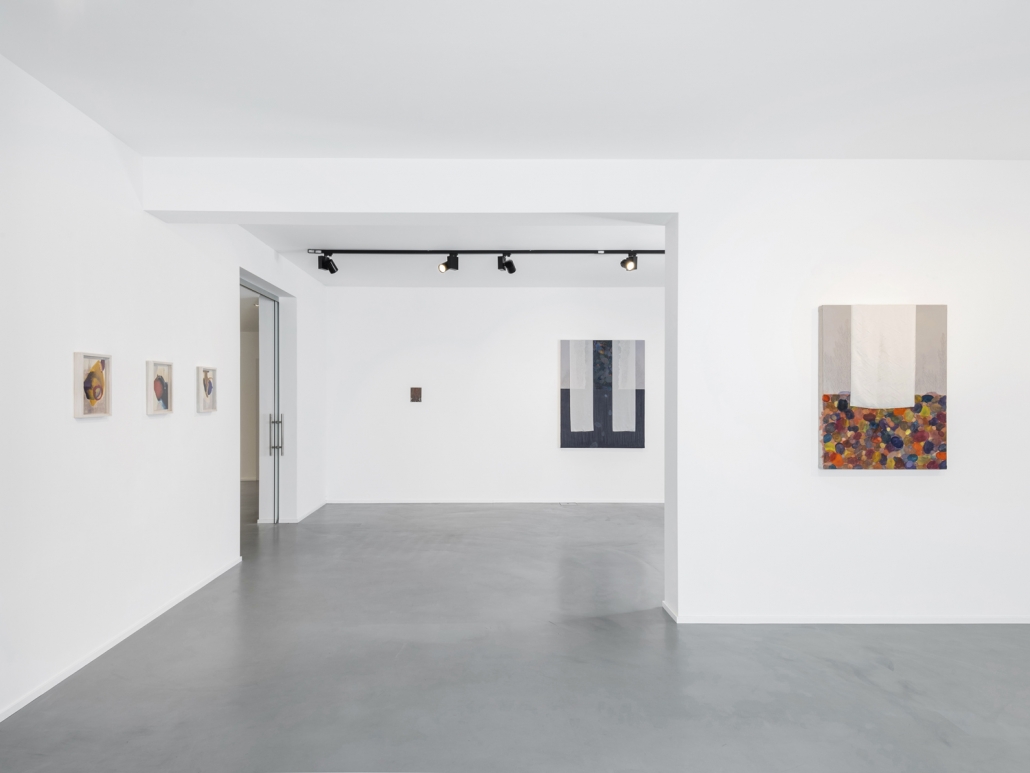 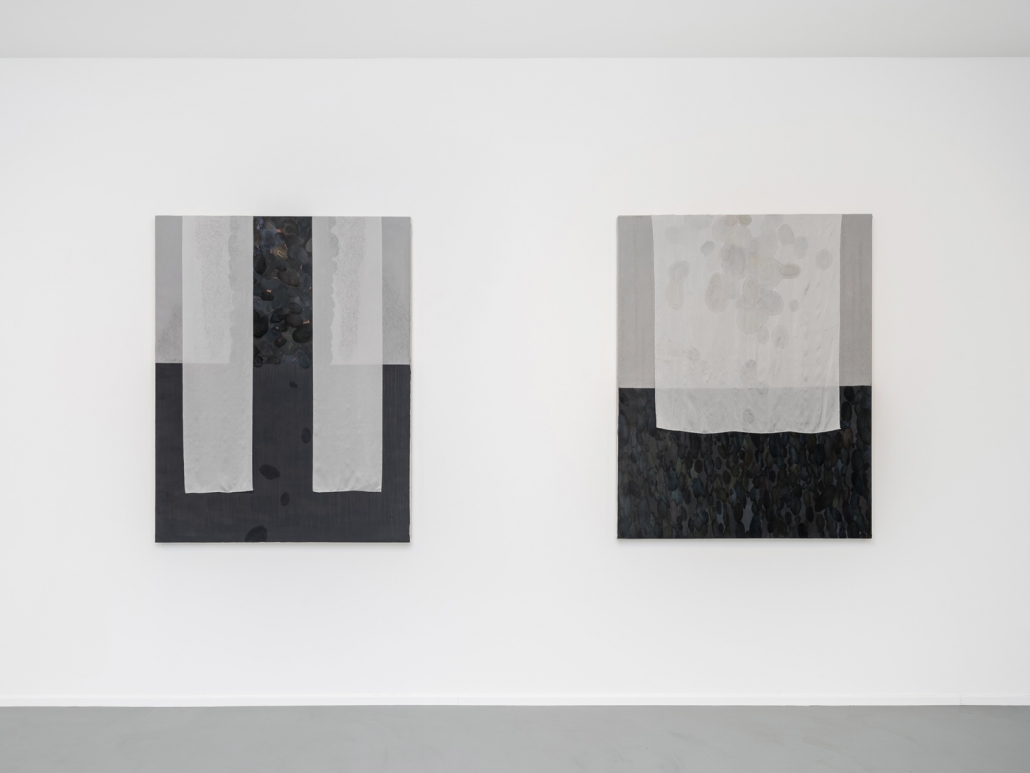 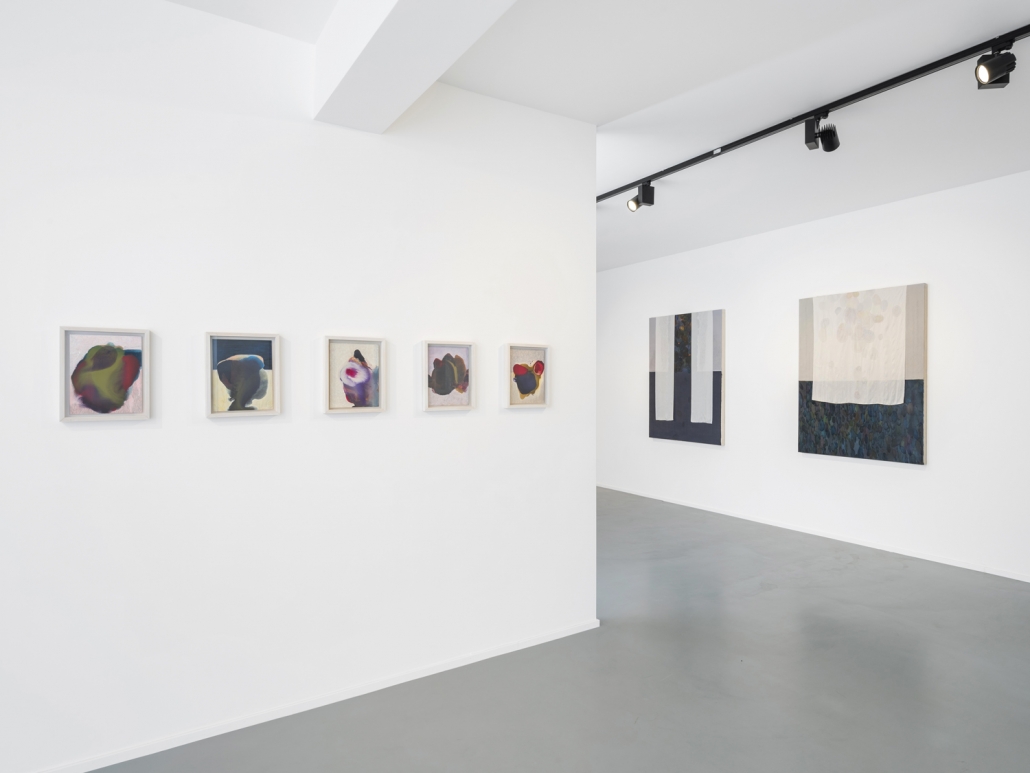 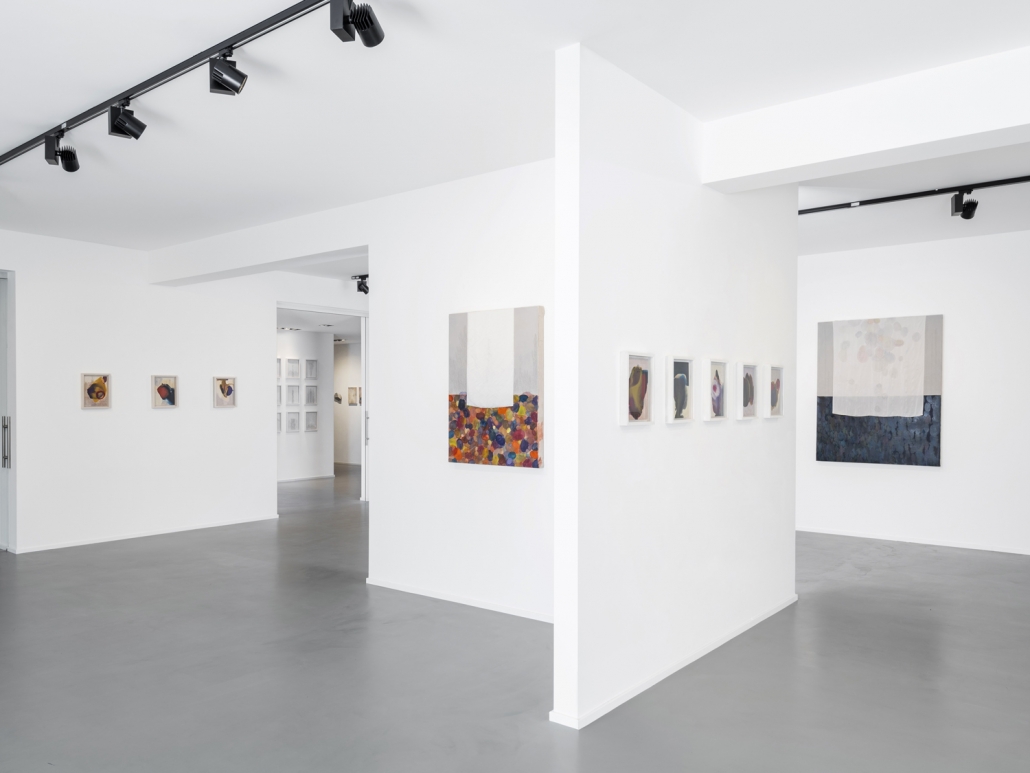 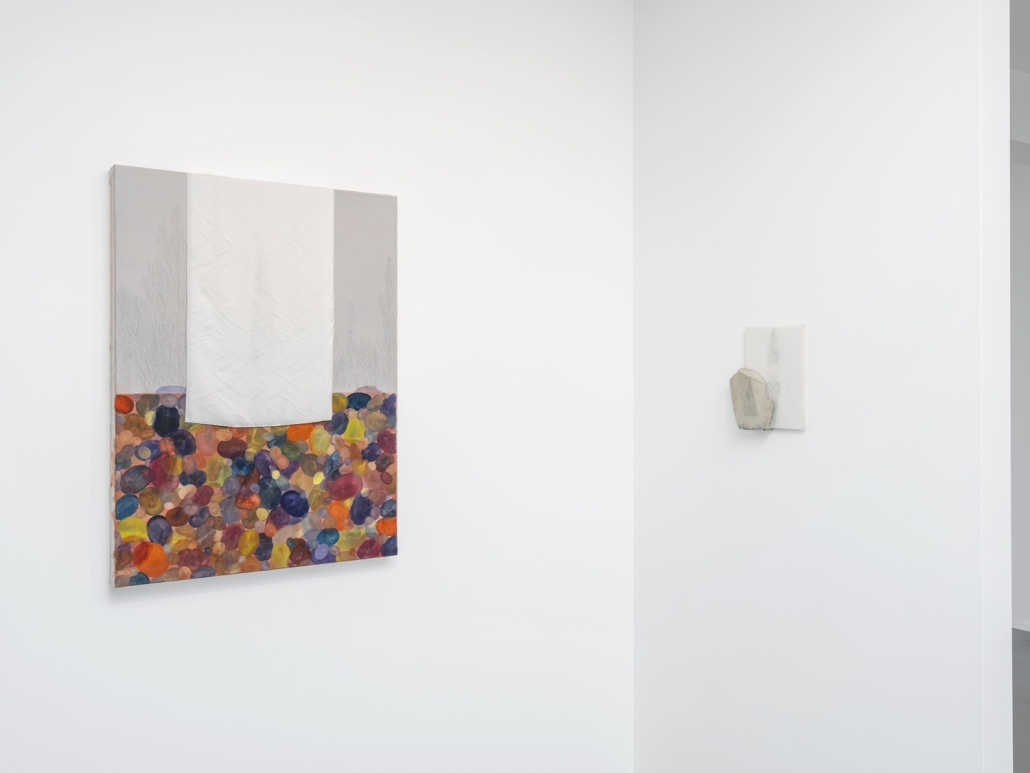