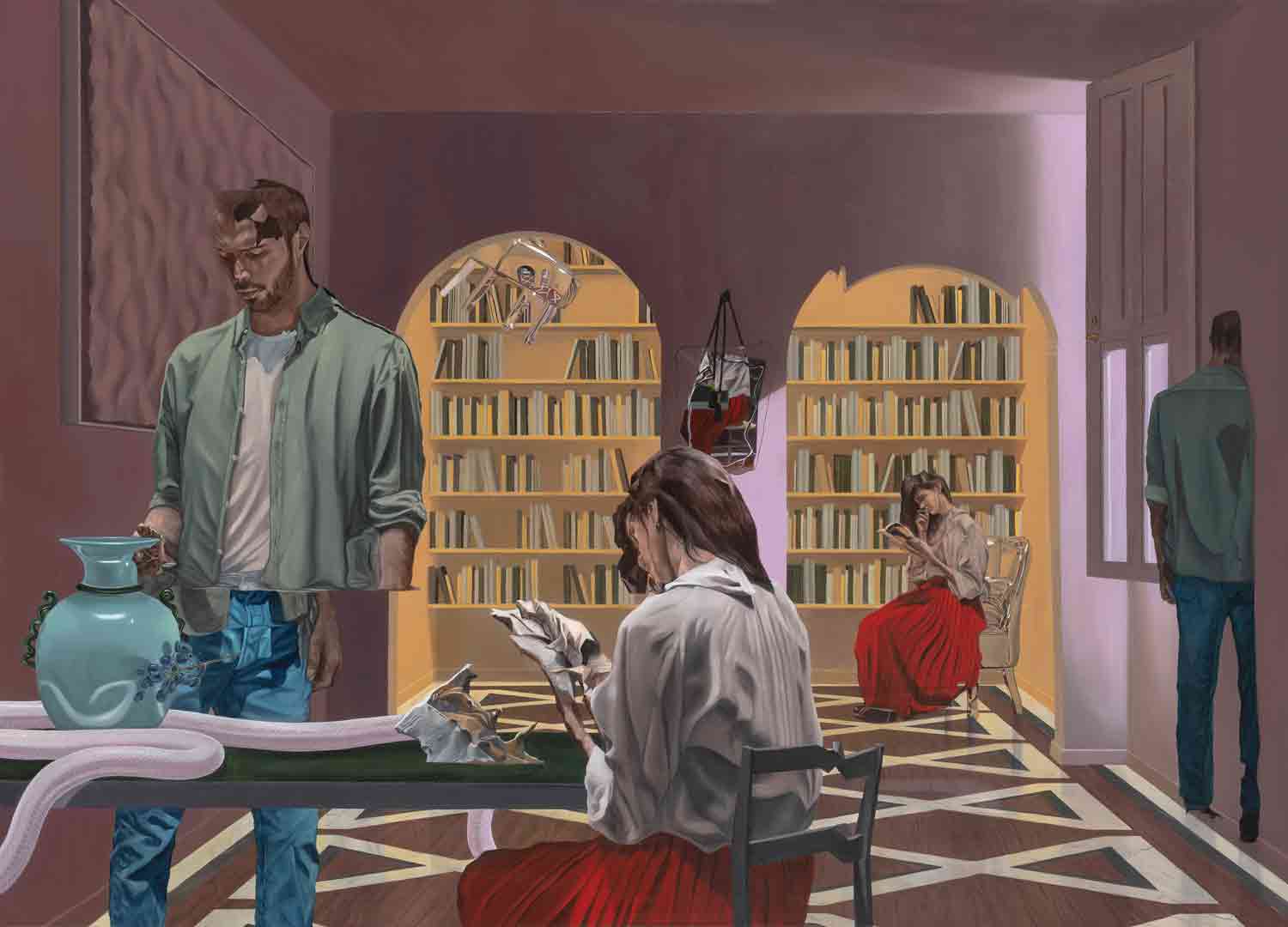 Dario Maglionico after graduating in Biomedical Engineering at the Polytechnic University of Milan, from 2014 he lives and works in Milan, devoting himself exclusively to painting. He was finalist of the Premio Fondazione Vaf and his paintings have been exhibited at Mart Museum in Rovereto. In 2017 he started to collaborate with Galleria Antonio Colombo Arte Contemporanea in Milan. In 2020 he had a solo exhibition in Vietnam at Vin Gallery, Ho Chi Minh. His works have been exhibited in International art fairs such as Pulse Miami Beach (USA), Volta Basel (CH), Urvanity Madrid (Spain).

In principle, Maglionico fixes two key elements of his poetics on canvas: man and the surrounding environment, in an almost oneiric suspension, in which the multiple points of view, the wide escapes, the different focuses and the intersections of the planes make the viewer’s perception equivocal and multidirectional. Through these clues, Maglionico paints memory. Memory takes shape with his pain- tings. This way the simultaneous union of two or more senses – a scent, a sound – fixes the image of memory: simultaneity made up of single events that are or have been. Maglionico is demonstrative in the realization, but critical in the idea. He challenges and disapproves human perception, which is generally considered the only dispenser of some form of knowledge of the world. It supports, on the contrary, the scientific position that judges more and more actively the anthro- pic knowledge as deceptive and illusory.