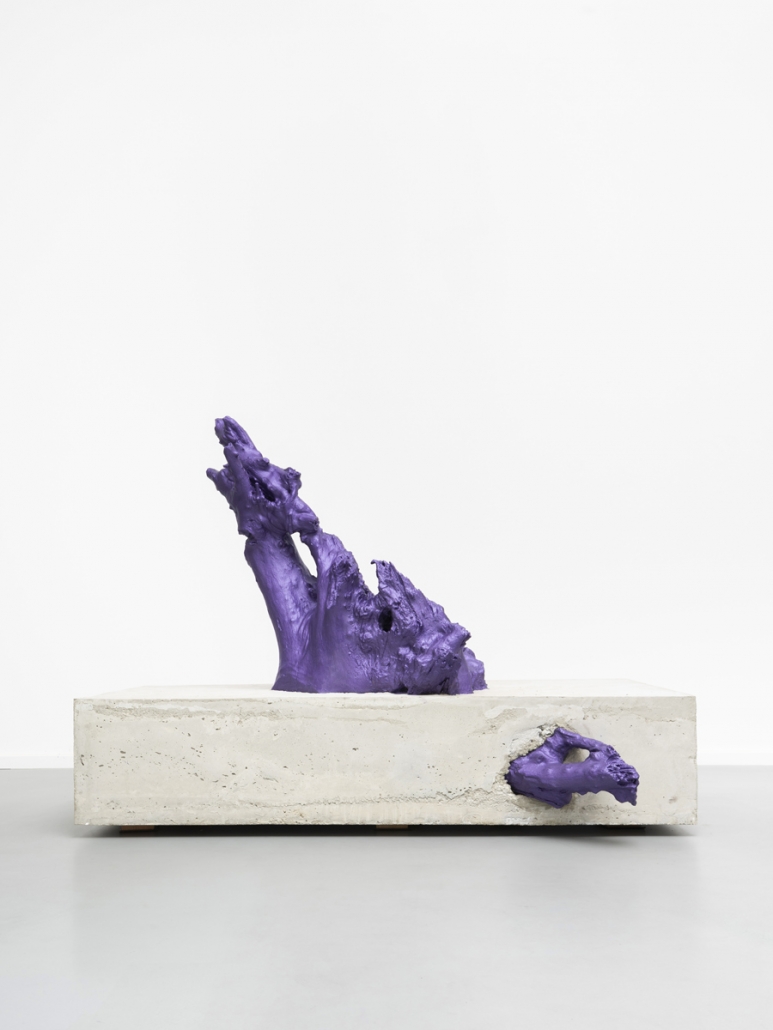 Lives and works in Monza Brianza, Italy. Giacomo Morelli’s works depict what nature and art become when the two interfere with each other, causing an almost insurmountable short circuit between one and the other. This limit is shown by immersing trees roots in fresh concrete, nature imprisoned by the work of a man, antrophized and coloured as though it were a product of industrial design, but at the same time enhanced and placed on a plinth like a classical sculpture, a combination of the vertical torsion of the Apoxyòmenos by Lysippus and the horizontal extension of the Dying Galatian by Epigonus. The fact that in Morelli’s work the human figure disappears seems to be of little importance; trunks and roots, however, remind attentive observers of human positions and features, contortions and actions. The trunk emerging from the concrete, which ambiguously represents both the basis of the work and the work itself, reminds us of the similar trunk St. Sebastian by Antonello da Messina is leaning against. This painting represents an example of perfect nature, even though it shows with unnatural naturalness a tree that is not springing up from the earth but from a marble floor with polychrome inlays. In Morelli’s works there is a gap between naturalness and pose, between nature and artifice. In the Martyr of Dresden the fine line between ecstasy and martyrdom is subtle and transparent, as well as Giacomo Morelli’s works look so perfect with their opalescent soothed colours that the rift between nature and art appears contained as though they were the result of a simple metamorphose.