THE SHORT CIRCUIT OF THE ARTIFICE, BETWEEN ART AND NATURE
Gianluca Ranzi

From the caves of Lascaux to the young artists of the contemporary scene, nature has always fostered wonder and inspiration. Nature and art are necessarily linked to each other, because the natural world and the human beings are on the same level, so that the truly ecological response given by art lies in its ability to reawaken the sense of community and proximity that embraces both, against any sterile attempt to divide and partition man and nature. Stigmatized by the American psychologist Willis Harman as “ontological assumption of separateness”, the idea that human beings are in some way independent and excluded from their natural environment is an erroneous prejudice which is still culturally and politically rooted in our society.

On the contrary, if man is the relational creature par excellence, as Levi-Strauss states, the interconnectivity that ties him to the world and his ability to co-evolve with it, are decisive and crucial pushes, which prove every illusion of separateness wrong. This deep bond appeared in all its structural evidence in the second half of the last century, as a result of the development of cybernetics as an interdisciplinary study of regulatory systems and the theory of systems. In the Seventies, it became the key issue of Gregory Bateson’s anthropological studies, of Jack Burnham’s aesthetic theory and Richard Buckminster Fuller’s architecture, not to mention its influence on a lot of artists such as Dan Graham, Agnes Denes, Hans Haacke and Joseph Beuys. The artist uses nature as a starting point to harness something more which might open a passage towards revealing the idea, versus a “spatial concept” which seeks the sense of the resent and can design an ecological future that is both sustainable and anthropologically aware, because as Piero Manzoni wrote in the magazine Azimuth: “There is nothing to say: there is only being, there is only living”.

Giacomo Morelli’s works depict what nature and art are when the two interfere with each other, causing an almost insurmountable short circuit between one and the other. This limit is shown by immersing trees roots in fresh concrete, nature imprisoned by the work of a man, anthropized and coloured as though it were a product of industrial design, but at the same time enhanced and placed on a plinth like a classical sculpture, a combination of the vertical torsion of the Apoxyòmenos by Lysippus and the horizontal extension of the Dying Galatian by Epigonus. The fact that in Morelli’s work the human figure disappears seems to be of little importance. Trunks and roots, however, remind attentive observers of human positions and features, contortions and actions. The trunk emerging from the concrete, which ambiguously represents both the basis of the work and the work itself, reminds us of the similar trunk St. Sebastian by Antonello da Messina is leaning against. This painting represents an example of perfect nature, even though it shows with unnatural naturalness a tree that is not springing up from the earth but from a marble floor with polychrome inlays. In Morelli’s work there is a gap between naturalness and pose, between nature and artifice. In the martyr of Dresden the fine line between ecstasy and martyrdom is subtle and transparent, as well as Giacomo Morelli’s works look so perfect with their opalescent soothed colours that the rift between nature and art appears contained as though they were the result of a simple metamorphose. Man, who is nature, turns natural into artificial by his simple actions. In other words, every human product is artificial as it has been created by its maker, man, whereas every expression of nature is independent from him, it interacts with him and permeates him, but it remains independent. As our lives are exposed to the repetitive compulsion of the technical production, being natural means being makers, producing artificiality, showing how antique memory or natural knowledge imbue things like a precipitate of their essence brought to the surface by the artist. With conceptual sharpness and representative power, Giacomo Morelli examines the feeble boundary between nature and artifice, considering not only the ambivalence of the two positions, but also the paradox of being equally part of nature and at the same time being something else as one creator of artifices.

Here lies the value of a cycle of works that never appears declamatory or rhetorical, which has its own originality, but at the same time fits in a cultural trend of contemporary art that, as we said at the beginning, sees its crucial moment in the late Sixties and early Seventies with the work of artists such as Giuseppe Penone, Joseph Beuys and the Japanese group of Mono-Ha.

For the young Giacomo Morelli it is a way to develop a path which considers the cracks of the meanings and privileges a coy and ambivalent position that reflects not only on the relationship between art and nature, but on the sense of artworks in the world we live in. After all, each pedestal holds a monument that is always a challenge for the future, like a bridge to future memory. 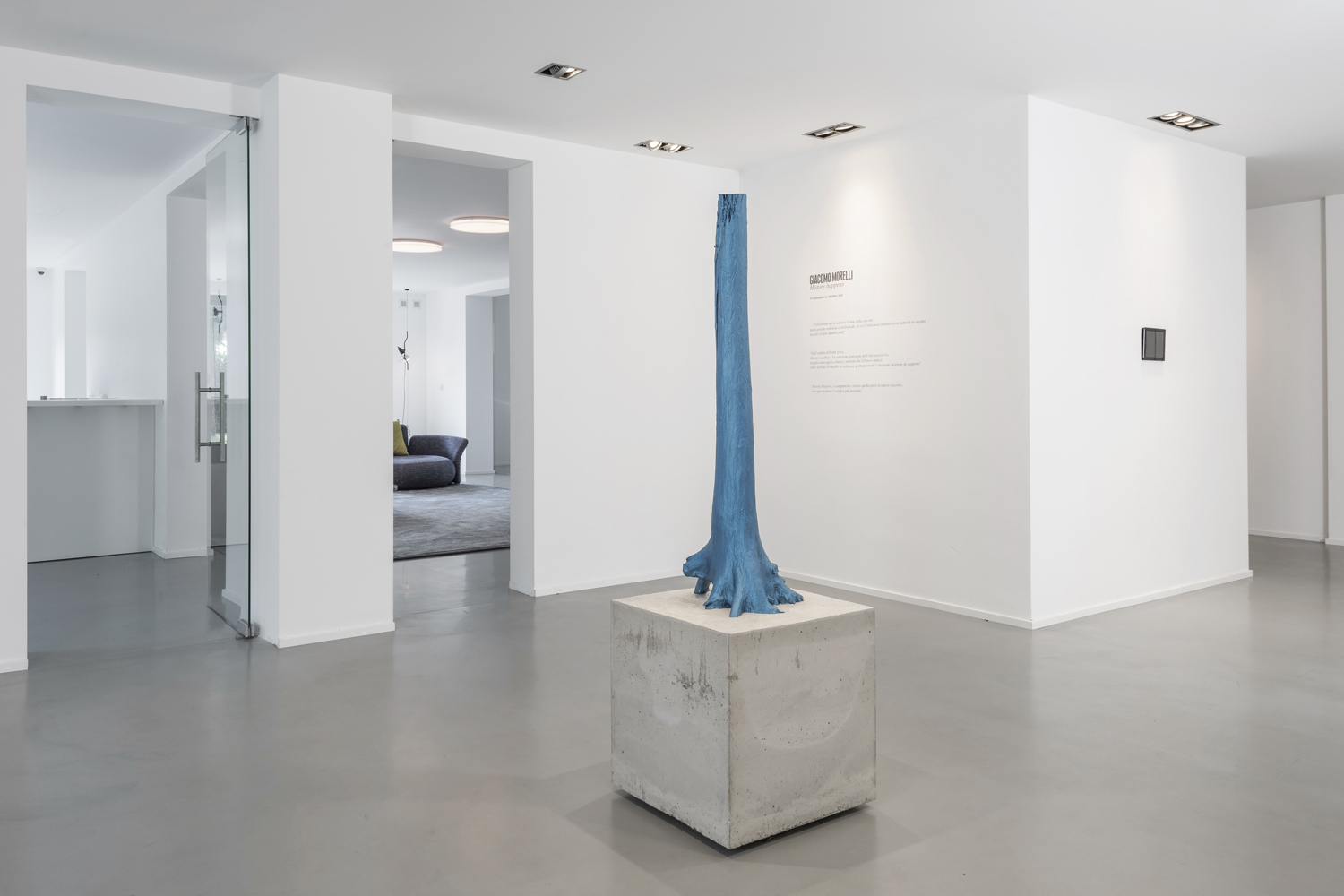 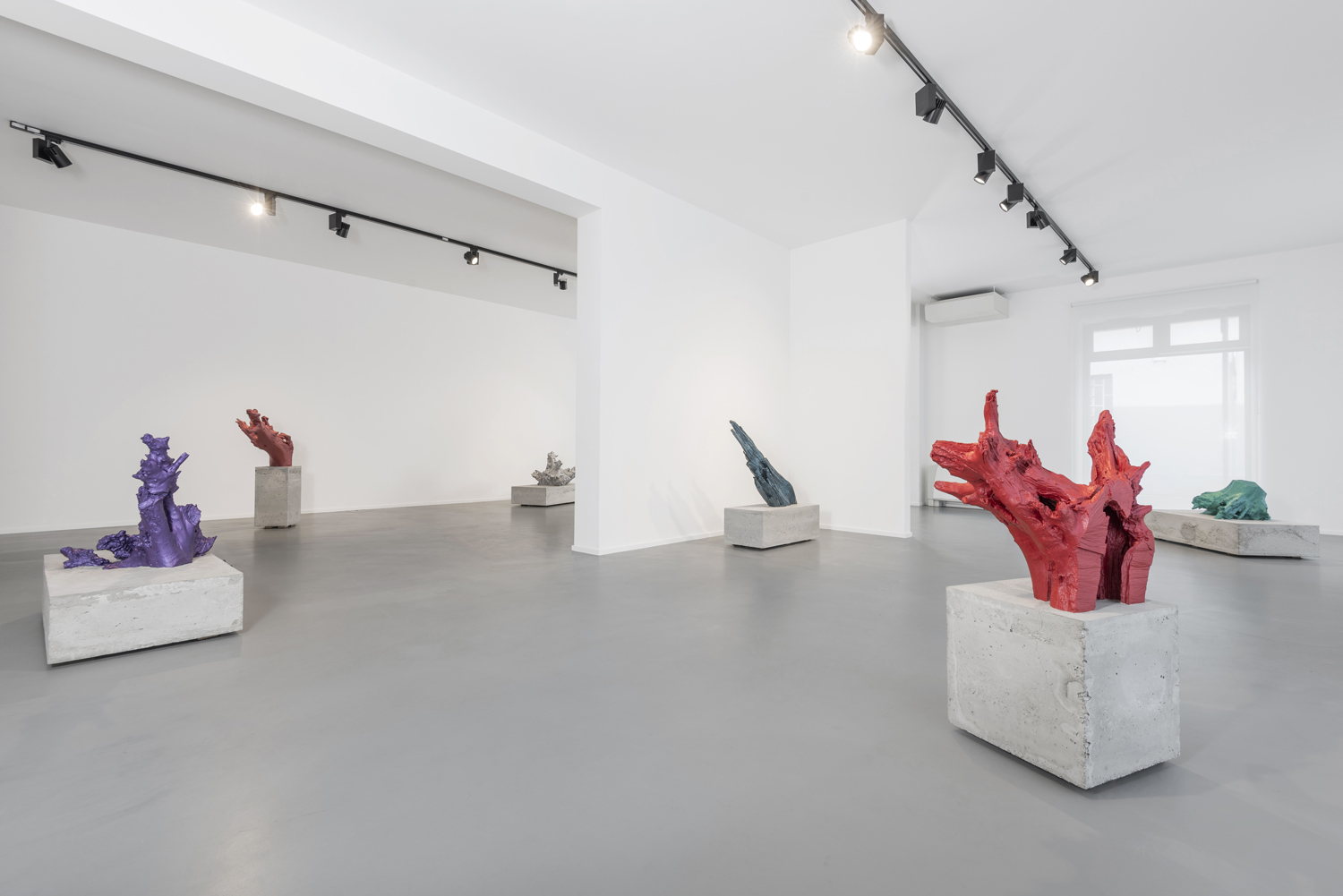 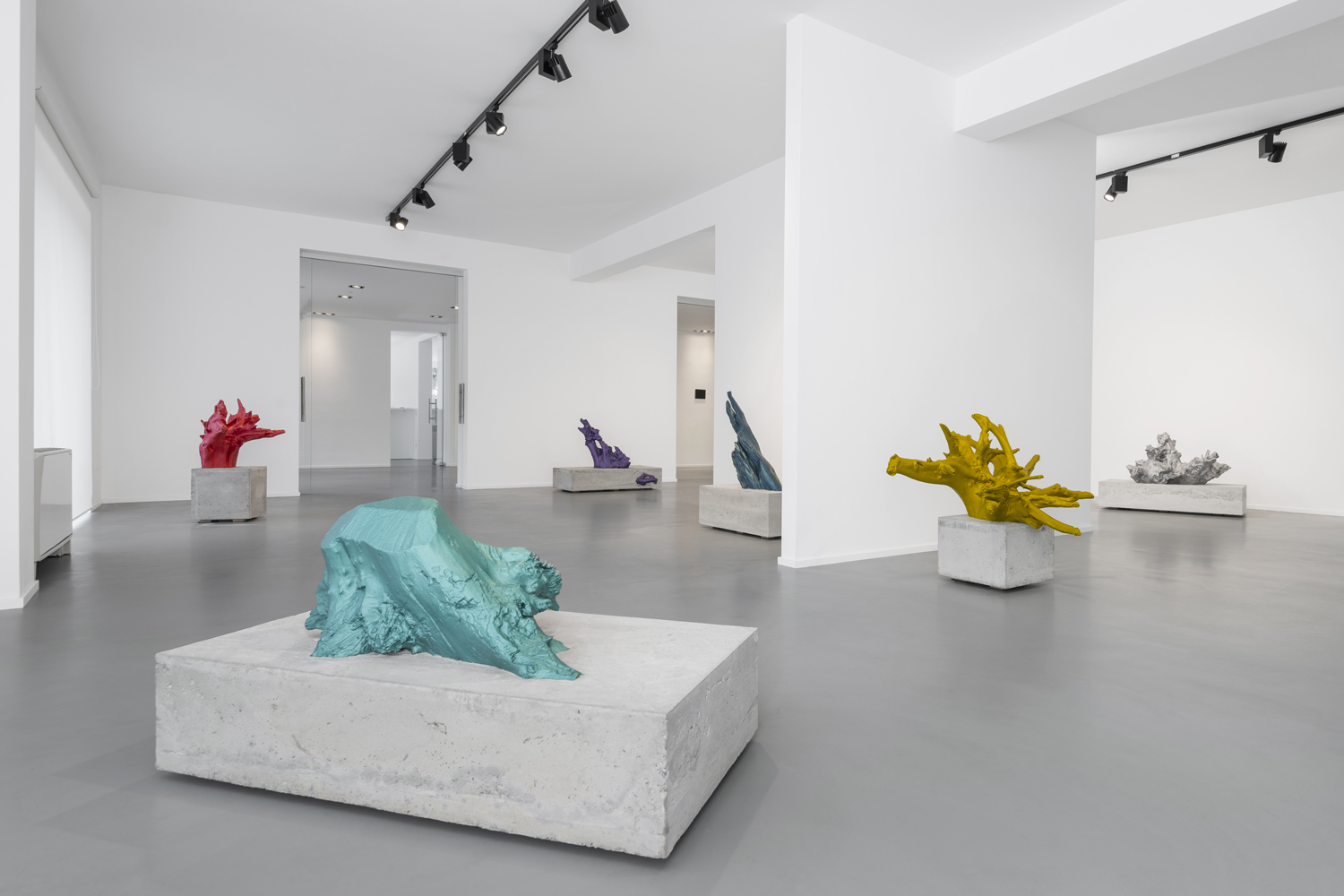 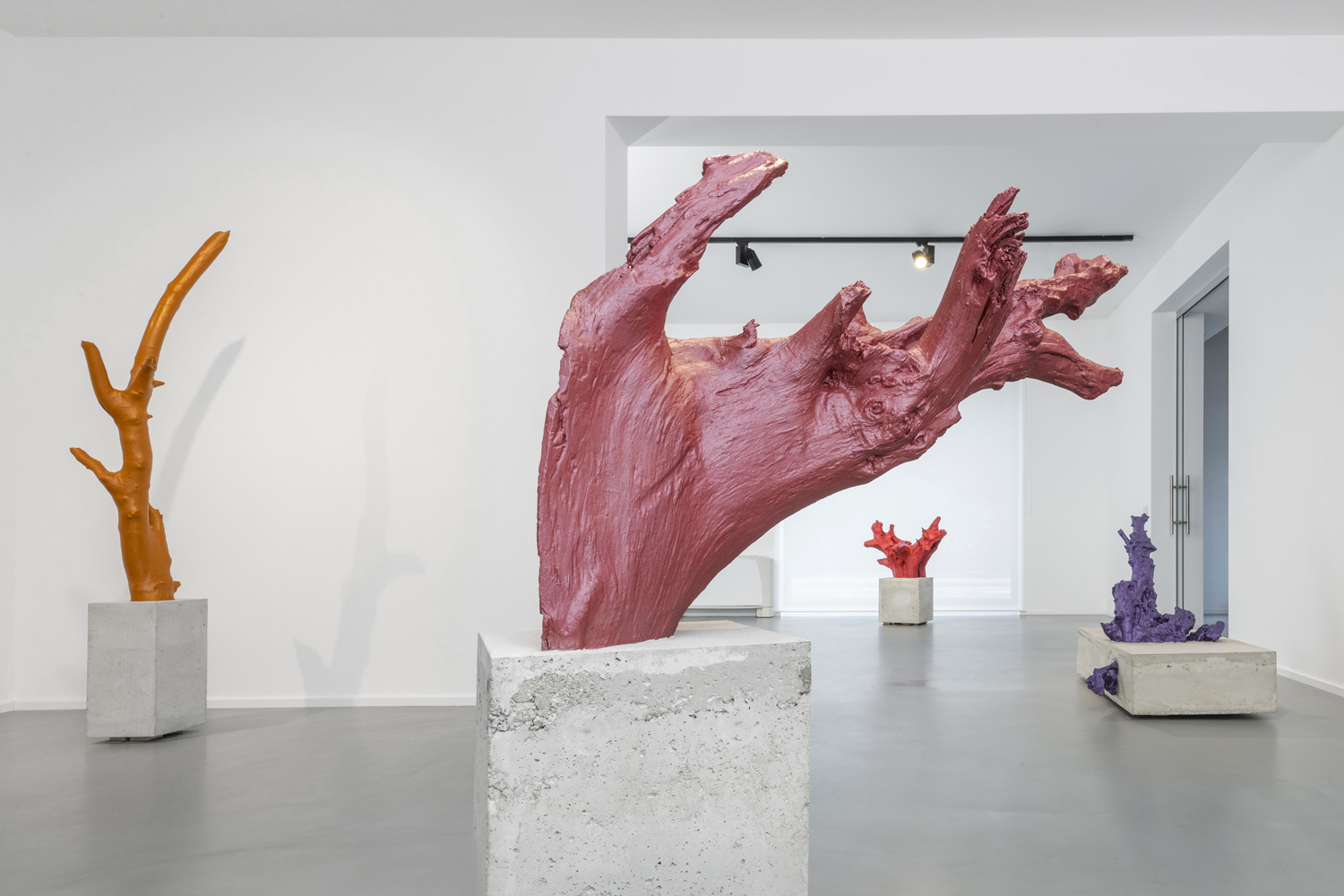 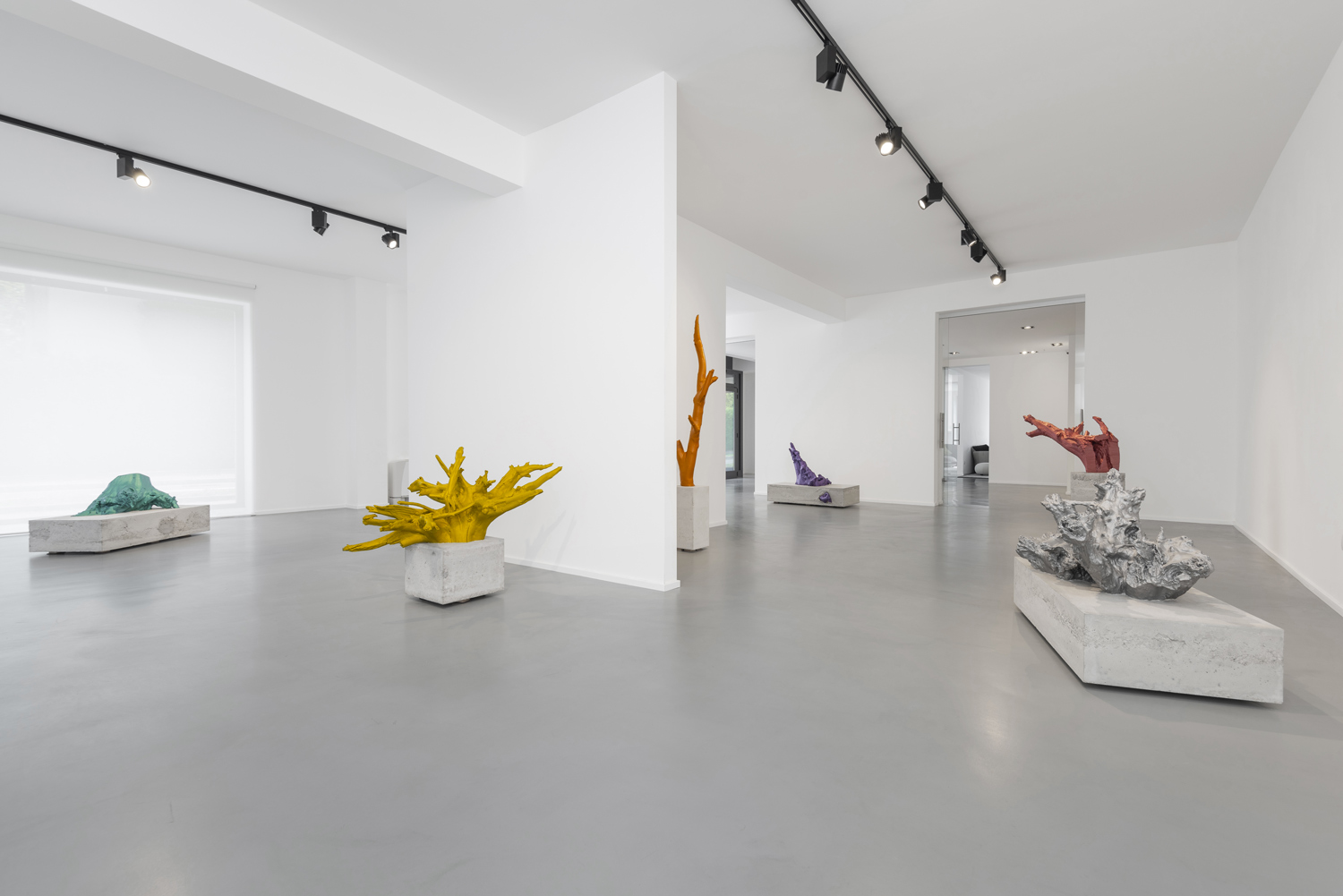