WILL CRUICKSHANK
Inside Outside
Curated by Gianluca Ranzi & Martina Corbetta

On the occasion of his first Italian solo exhibition, Will Cruickshank is presenting a selection of works created between 2019 and 2022. The British artist, born in London in 1974, works across a number of disciplines that includes sculpture, weaving, film, photography and printing. His broad horizon of references, ranging from 1970s minimalist and analytical painting to the mass production of England’s technical era hailed in by the Industrial Revolution between the 18th and 19th centuries, has allowed him to develop a personal method for creating three-dimensional works, made to be exhibited both on walls and in the space. He uses yarn to draw abstract geometric textures that oscillate between the excitement of colour and the rigor of form. Sentiment and lucidity alternate in installations that allude to the mirror images of Rorschach’s inkblots, or aspire to an ideal transparent geometric purity that recalls the luminous and essential nature of Giacomo Balla’s Compenetrazioni Iridescenti [Iridescent Compenetrations] and Lygia Pape’s light weavings of the end of the 1970s.

The ambiguous exhibition title Inside Outside alludes to a reoccurring process in Will Cruickshank’s making, where objects are opened, sliced or eroded, to reveal an interior or surface previously concealed. The works on exhibit were produced with experimental spinning machines developed by the artist himself, and he chooses his materials (yarns, wood, plaster and pigments) and his production methods (weaving, tinting, sculpture) accordingly. The experimental and mechanised aspect of his work join improvisation with design, in a single process where creativity perfects both the tools and the objects that originate from them. This aspect is visible in the actual form of the work, in which the pattern of the design is associated with the wooden structure on which it is stretched and woven. The work is therefore shown in its final state while retaining the memory of the working process that created it. Will Cruickshank often repurposes equipment like cement mixers, bicycles or potter’s wheels, and has also devised and perfected complex experimental looms, improvised lathes, ingenious printing machines and unprecedented water-carving techniques. These all serve to create a dialogue, sometimes even ironic, between the potential of the technique and the fluid state of colour and material. 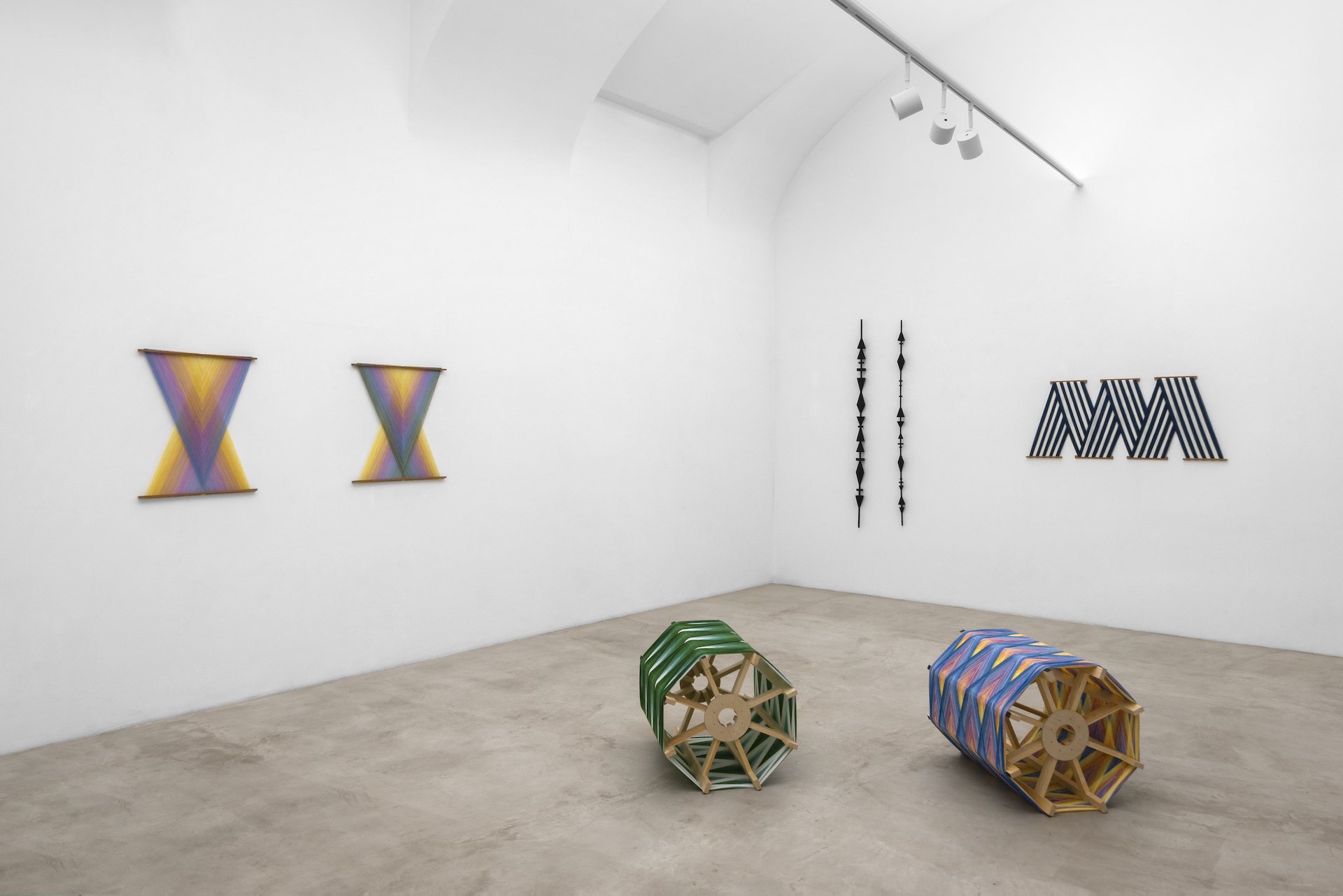 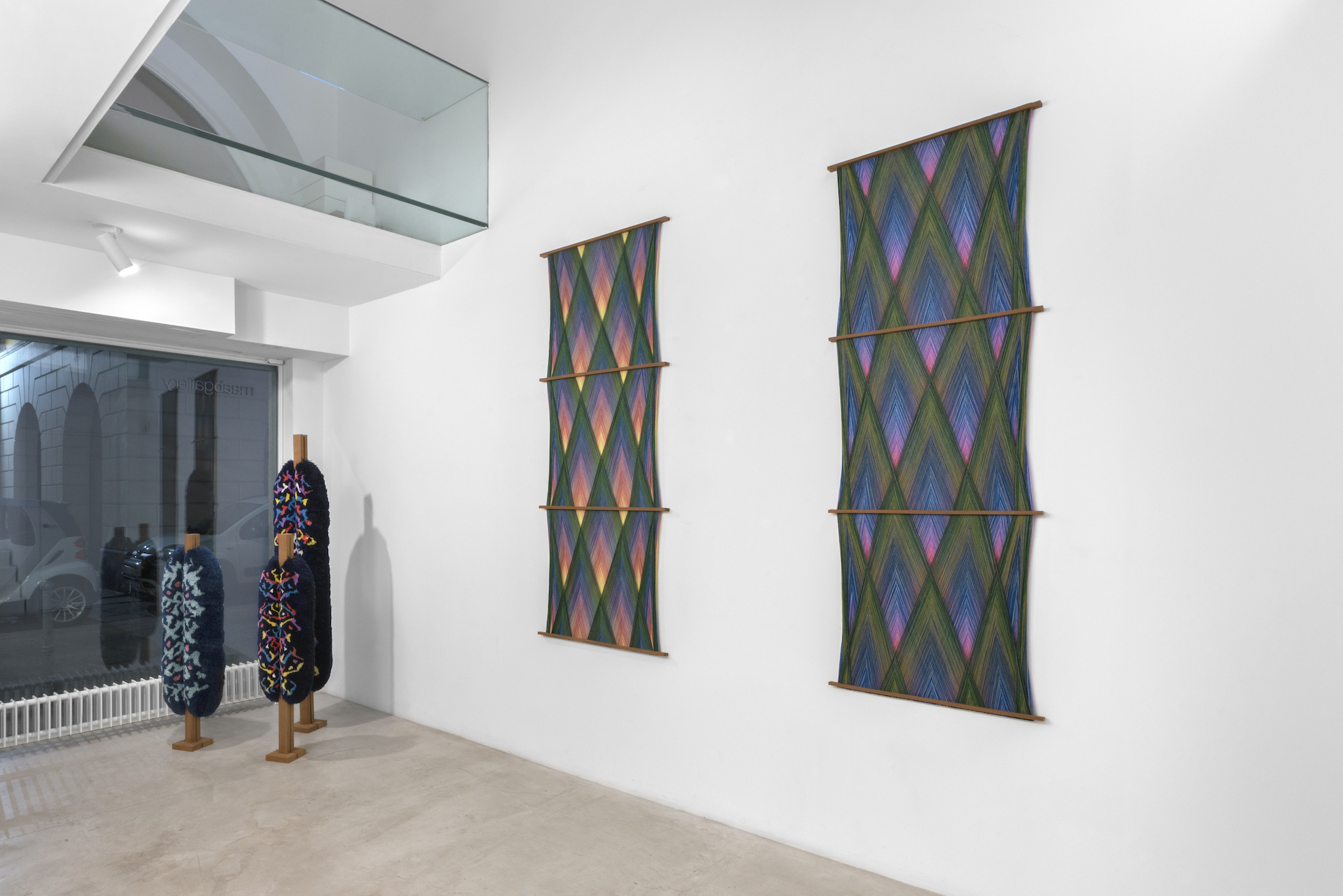 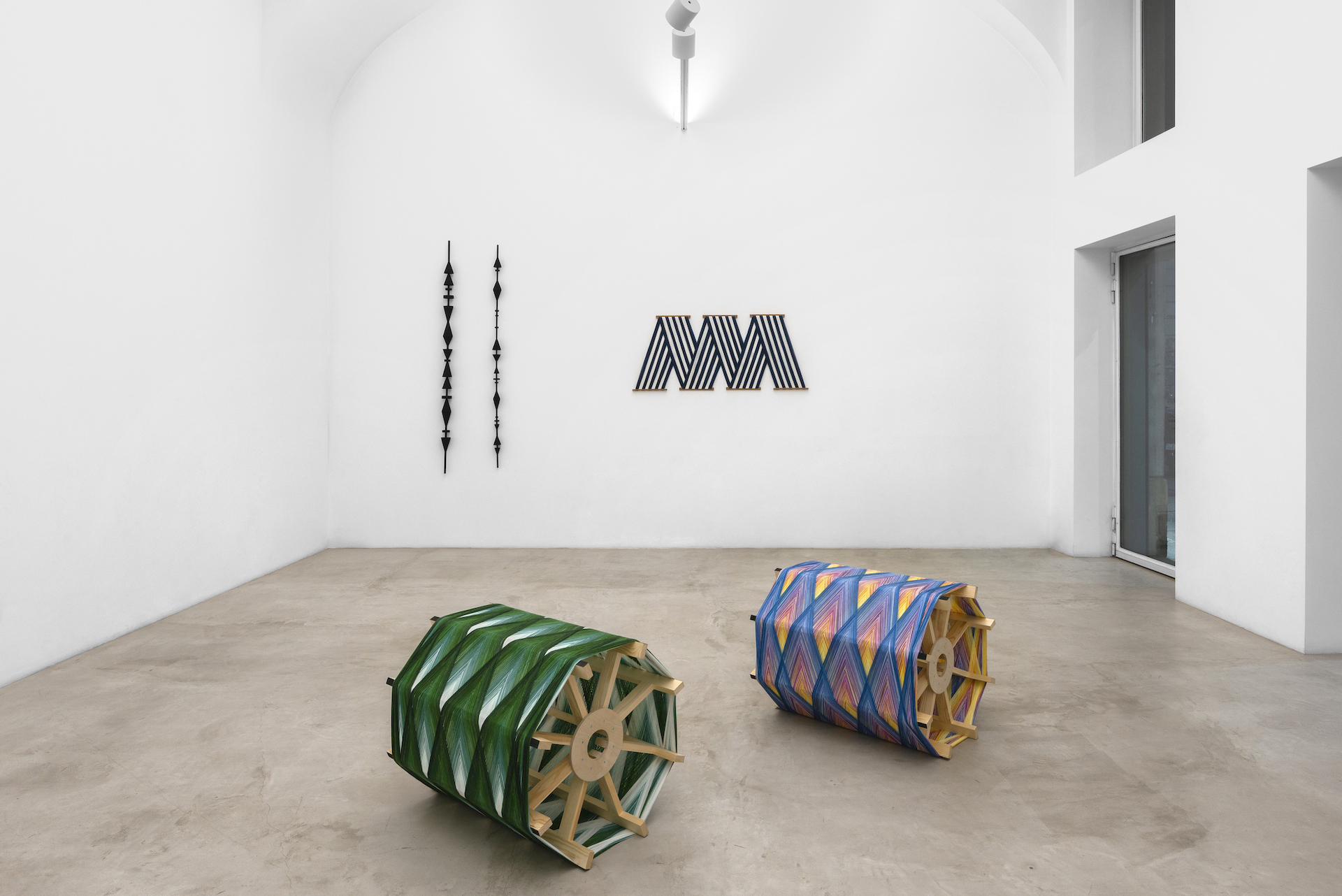 Between color and method IN LIMBO_Claire Lindner
Scroll to top