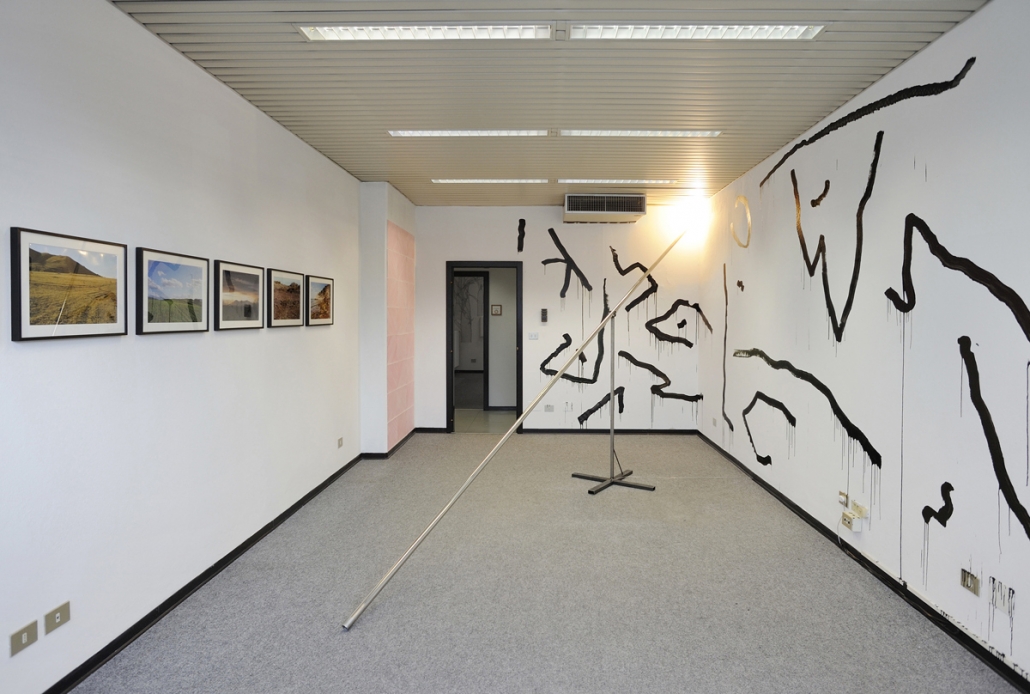 Since humans have appeared, they have always wanted to dominate nature, and this is the first incongruence of The nature of things. As a matter of fact we are led to believe that everything happens spontaneously and naturally. Everything happens in an inseparable way from our life, because we are the authors of so much more than what we think. The show enhances the pure relationship between nature and the human beings.

Suddenly a fil rouge links our perception towards the window on the intrinsic and tangible landscape. Then we gaze at Cosimo Filippini’s photos which show uncontaminated Italian landscapes. The essential lines of definition encompass endless experiences and capture people’s attention showing endangered panoramas. In these pictures we listen to nature, the very essence of creation.

Ryan Contratista seizes the energy and creates an artificial light after having experienced nature. The fake light is seen as the ability to imitate nature. The stick indicates the direction to the source, but the viewer cannot see it. The artificial light which disrupts Euclidean plans is the archetype of the modern man.

Davide Genna tries to modify shapes originating from nature. Nature leads the artist to a strict decomposition of the image. Genna puzzles and recomposes pieces of nature in a dynamic and tidy geometric way.

Bros underlines the idea of language as a form of expression and culture. Man is different from all other creatures because he is endowed with speech and his handwriting is the most concrete display of his skills. In a juxtaposition the wall painting, basing on the awareness of being able to read and write, is like a reiteration of the origins of the mark. From this realization and knowledge the viewer goes back to virginal and marginal expression, based on the instinct like the ancient forms of communication.

The sign shows his instinctive way to communicate. Nowadays, as it was in the past, the signs are imprinted on the wall to conquer the space. The nature of things considers time and space as an absolute and unconditional form. The inconsistency is the symbol of modern human beings, and the viewer can fully wander in chronological disorder.