TELL ME THE STORY
Cristina Muccioli

It is necessary to consider another point of view in telling the story of two artists each expressing different and meaningful concepts that are closely connected to each other. We need to break the mould as we have to when trying to connect the dots of a square and we have only three lines to do it.

My fourth line is J. M. W. Turner. The Fighting Temeraire, dated 1839, more specifically, came to my aid to interpret both Daniela and Patrizia Novello’s works. The title suggests the heroic talent of a valiant and victorious warrior. Looking at the canvas, we can see the magnificent Temeraire that had played a distinguished role in the Battle of Trafalgar. It is depicted being towed by a paddle-wheel steam tug and looks like a ghostly and unreal presence. All white and empty, it is slipping over the cloudy waters of a crowded Thames. It is followed by a colour stain characterized by a yellow sun colour, and preceded by a black steam smokestack which is the symbol of the new industrial era, the machine society. The great wooden warrior listened to the wind, its arms were strong and its helmsmen wise. Its sails were powerful, elegant and unfolded. All of this is already a memory, like a shadow. It is going to a shipyard to be dismantled from bow to stern, the five thousand oaks of its bridge, its bowels, its mainmasts, axis by axis. Everything appears on this brilliant canvas like a spell of light that is wearing off.

The colour of Martina Corbetta’s walls is candid and homogeneous, cleaned to stage the new exhibition ritualizing absence to hold a presence. We will return to talk about Turner, but now it seems like we can feel something of the non-verbal, non-linguistic language of those who artistically express absence: the phantasmal clarity, the white void of something, of someone who has been alive and throbbing. It is the chromatic cipher of the ‘no more’ and the ‘not yet’ that we are about to see on the canvasses. There are also writings on Patrizia’s paintings, as she is a woman carrying experience and calluses on the fingers of her heart. She uses her brush wisely: That day we met, for example, is a twist, like dishevelled greyish feathers, fluffy and upset, interpenetrated, entropic and dense. Time is unstoppable. Time always puts itself in the middle of a meeting, of a moment, of the exact day when something important happens in our life. Something begins, something is born, in some particular place. Daniela’s sculptural works are sealed in a rigorous, unavoidable and definitive silence. She favours lead. She models it like Hephaestus modelled bronze. Elsewhere, we discover the porous fragrance of limestone that she models as bread, with breadcrumbs, alveoli, crust and leavening. Here, sight and touch meet each other in precise forms showing embroideries engraved with the lenticular detail of an ancient goldsmith. The oriental flowers on the female sheath dress, sleeveless and carefree, are contradicted by the severity of the colour. No crumple, no compromise on the display. This reminds us that some lonely forgotten memories can come back perfectly intact. People, loves, and the hardest feelings are made of flesh, they have occupied a place, they have been dressed and undressed, they have been surrounded by common objects such as a wardrobe, or a carpet. In simple and daily scenes from our rough and suffered lives, everything is alive and engraved in our memory and sometimes we do not even realize it. Memory is involuntary and art is the archaeologist who has the responsibility to give voice and physical semblance to memories. Everything around the sculptures is absolute otherness. A body, sculptural or not, begins and ends, bodies have measures. Memories, narrations, are immense, elusive, misrepresented, magnified or diminished. Daniela is capable of cutting large metal surfaces according to a precise design. She knows how to express two essential things. The first one is that she can make the unseen visible, three-dimensional and tactile. The second is that she knows how to recreate environments and clothes in a welcoming daily familiarity, she finds the freudian Unheimlich, the uncanny, the Heimlich that coexists with the Un. The comforting ‘feeling at home’ coexists with its opposite feeling. Absence is the intruder, the coldness, the tears, and the unnaturalness of our biographies, born and raised on relationships. Absence can be faced only with beauty – without ifs or buts – the single fringe of a carpet, the pivot of a furniture sash makes absence bearable. What a victory. What a setback for Absence to be looked straight in the face, in its thousand possible faces. Lucky Absence for being admired here instead of just suffered and feared! All the works of these two artists share the overall title Tell me the story. We cannot explain ourselves whether we are lonely. We cannot even define who we are or give ourself a name. We have been invited to enter the world. There, or maybe here, someone else is going to tell us our own story. Someone else is going to call us painters, sculptors or anything else. Somebody else will tell us that we are loved but also lovers. That we are desired but also desiring. We face fights, feedbacks and insights, we make sense, improving every time.

Not a single work can survive without someone else’s glance. A glance that might become an emotion, a thought, a reflection, a name, a memory. Works can tell us something about ourselves if we give them the necessary space to do so. In the end, here we are talking about The Fighting Temeraire again, even after its death. We are the ones who tell its story, and make it ours. 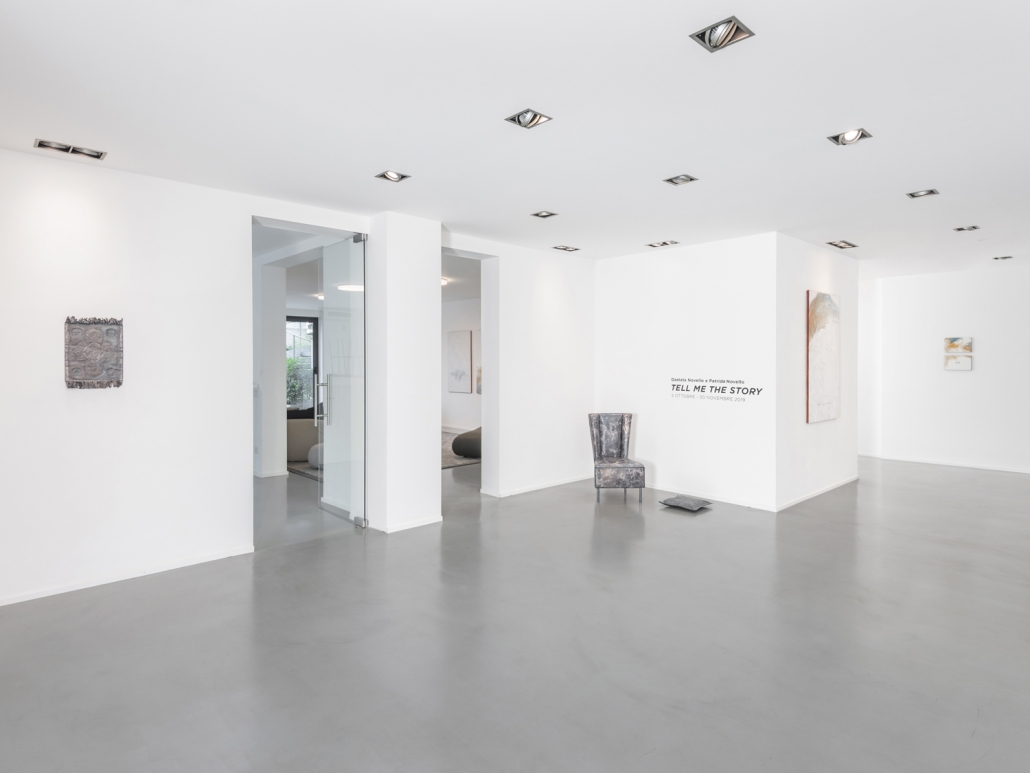 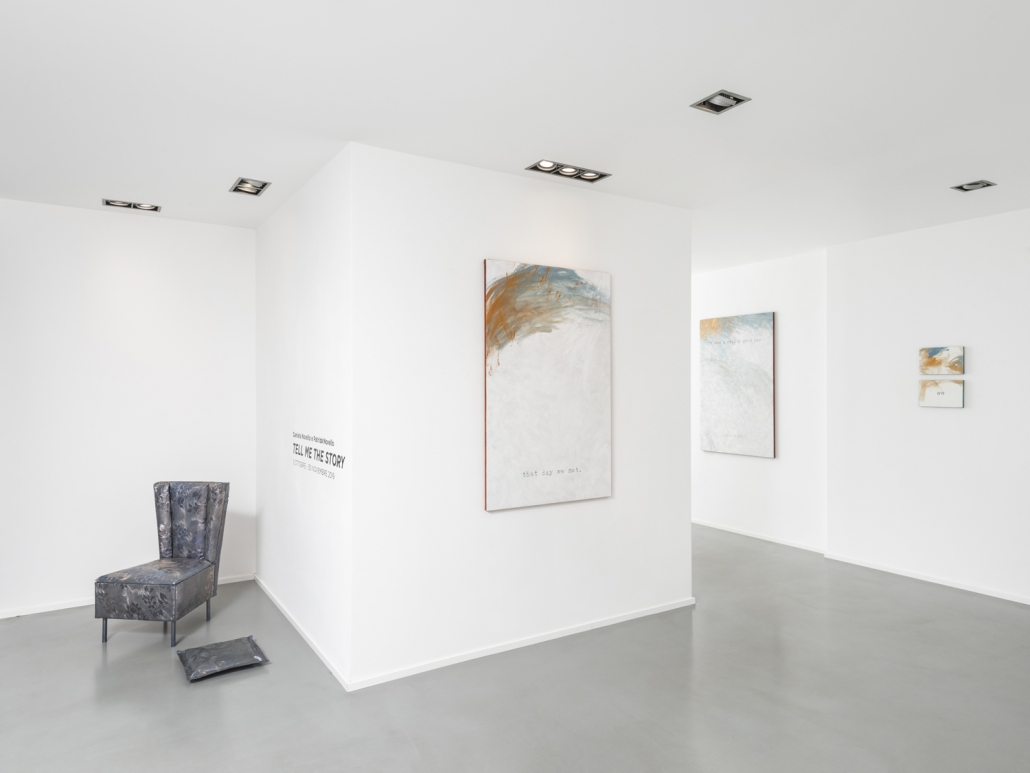 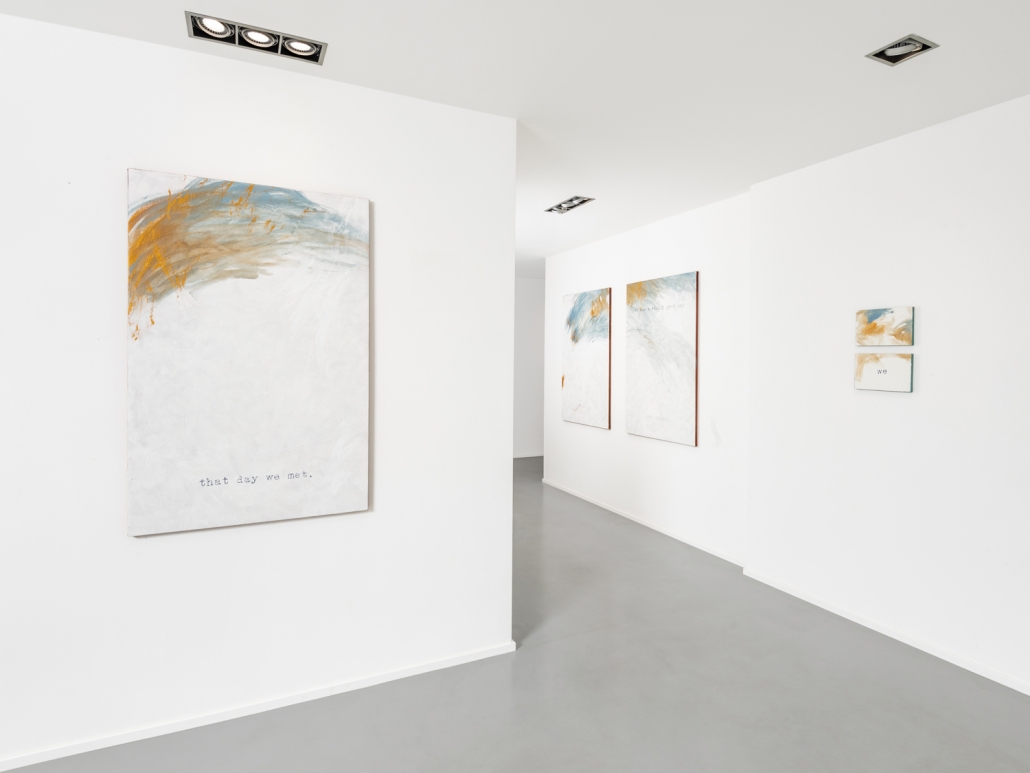 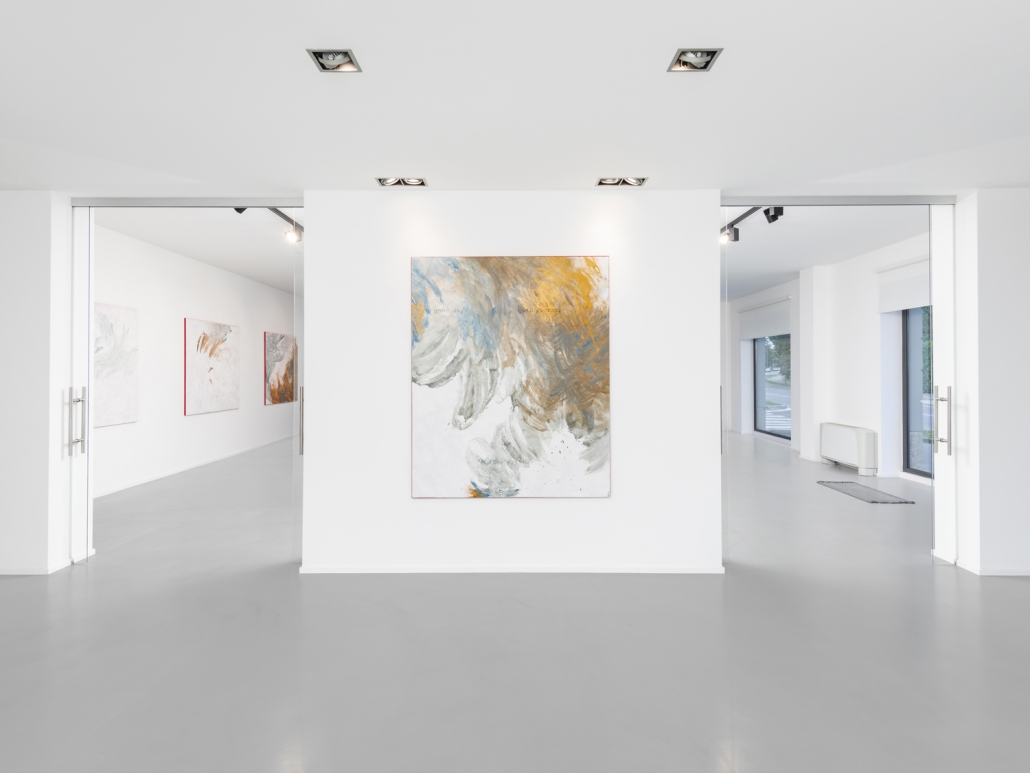 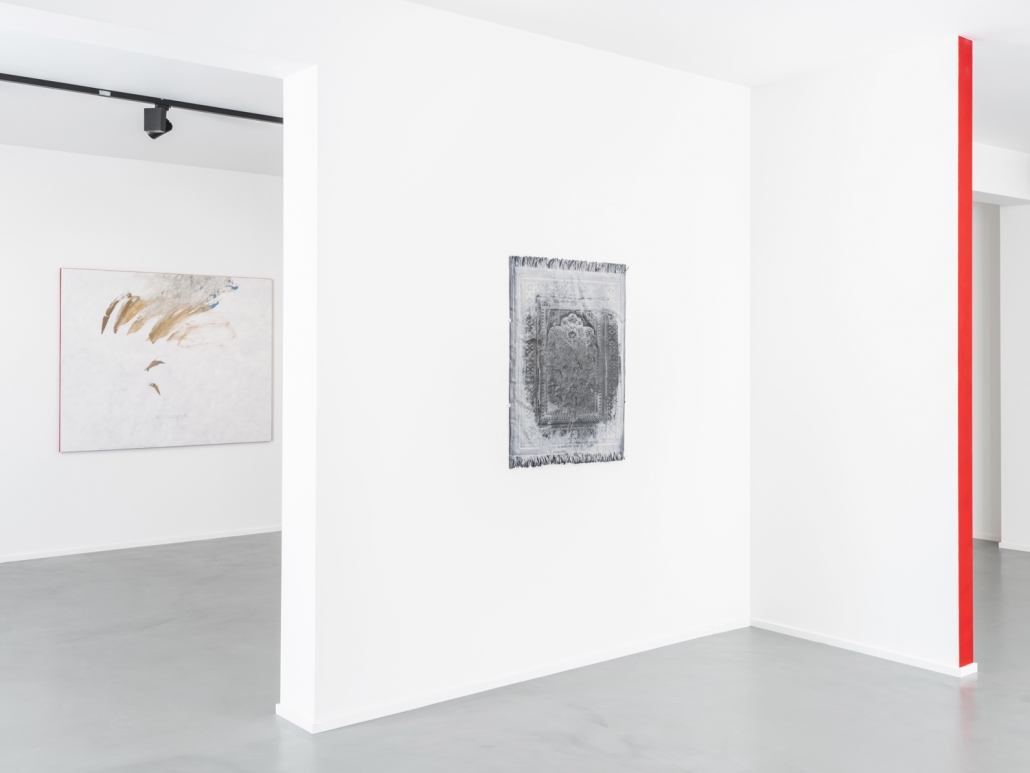 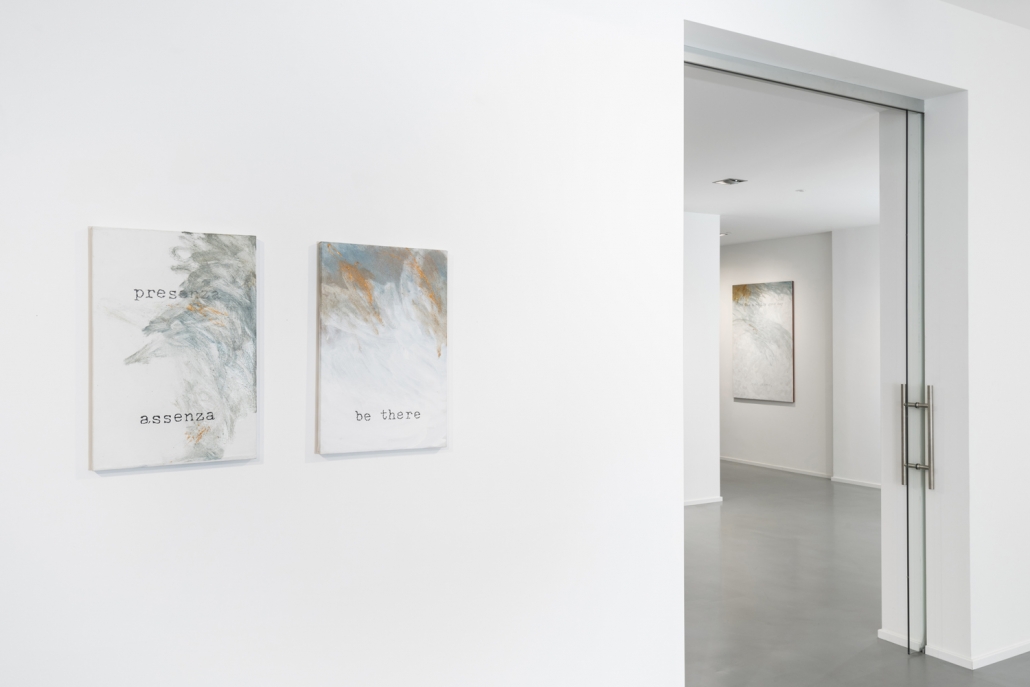 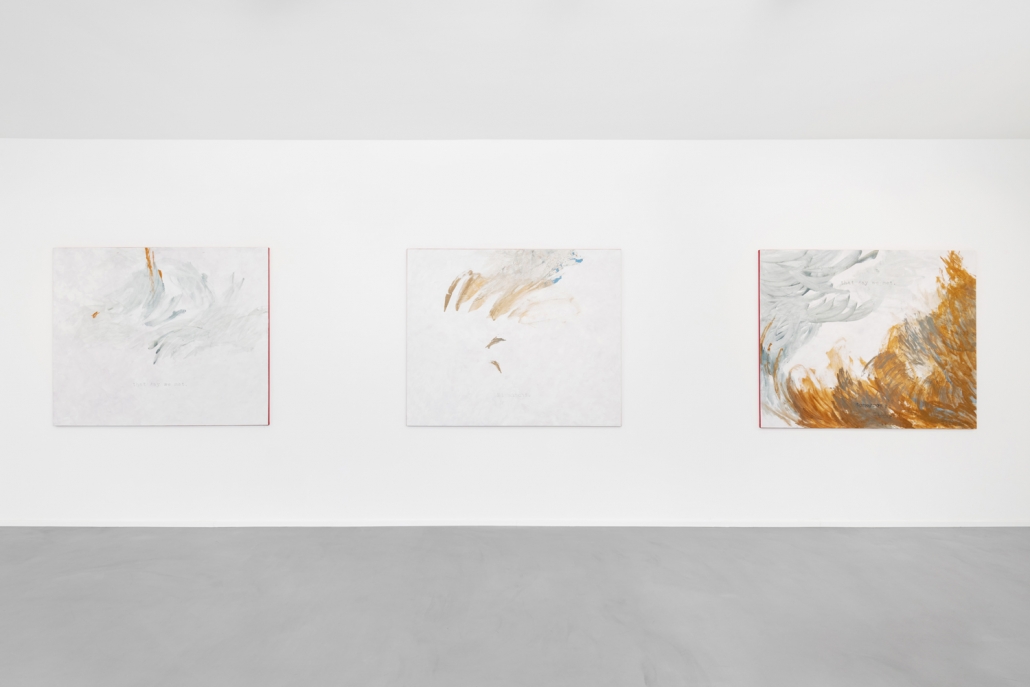 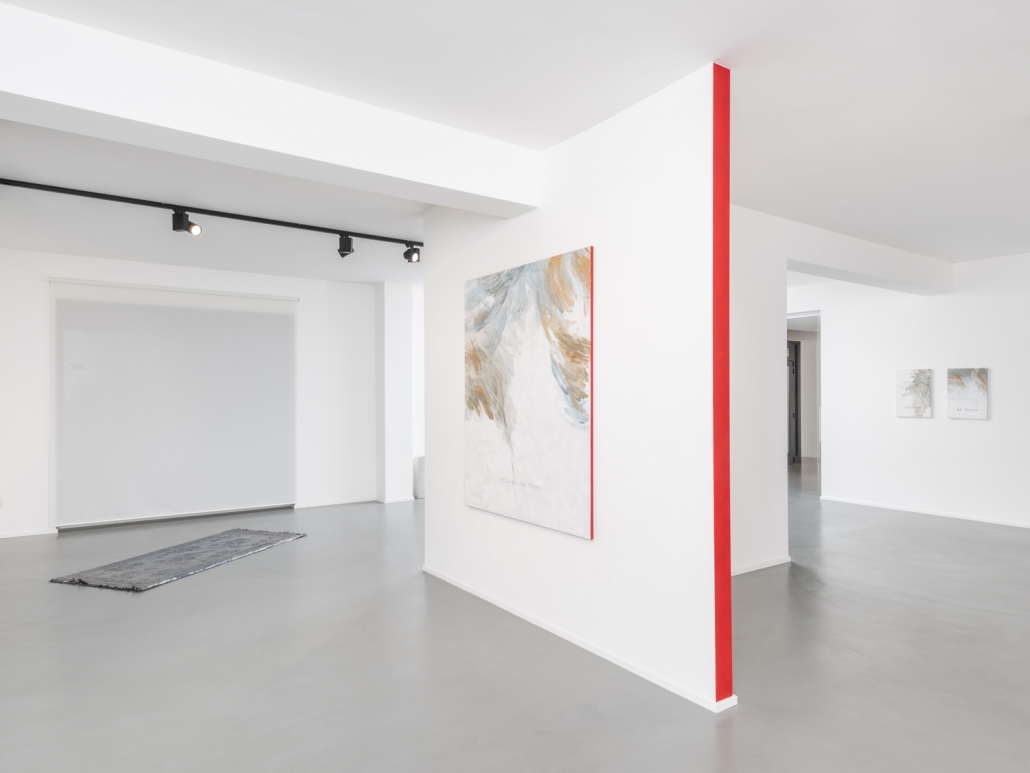