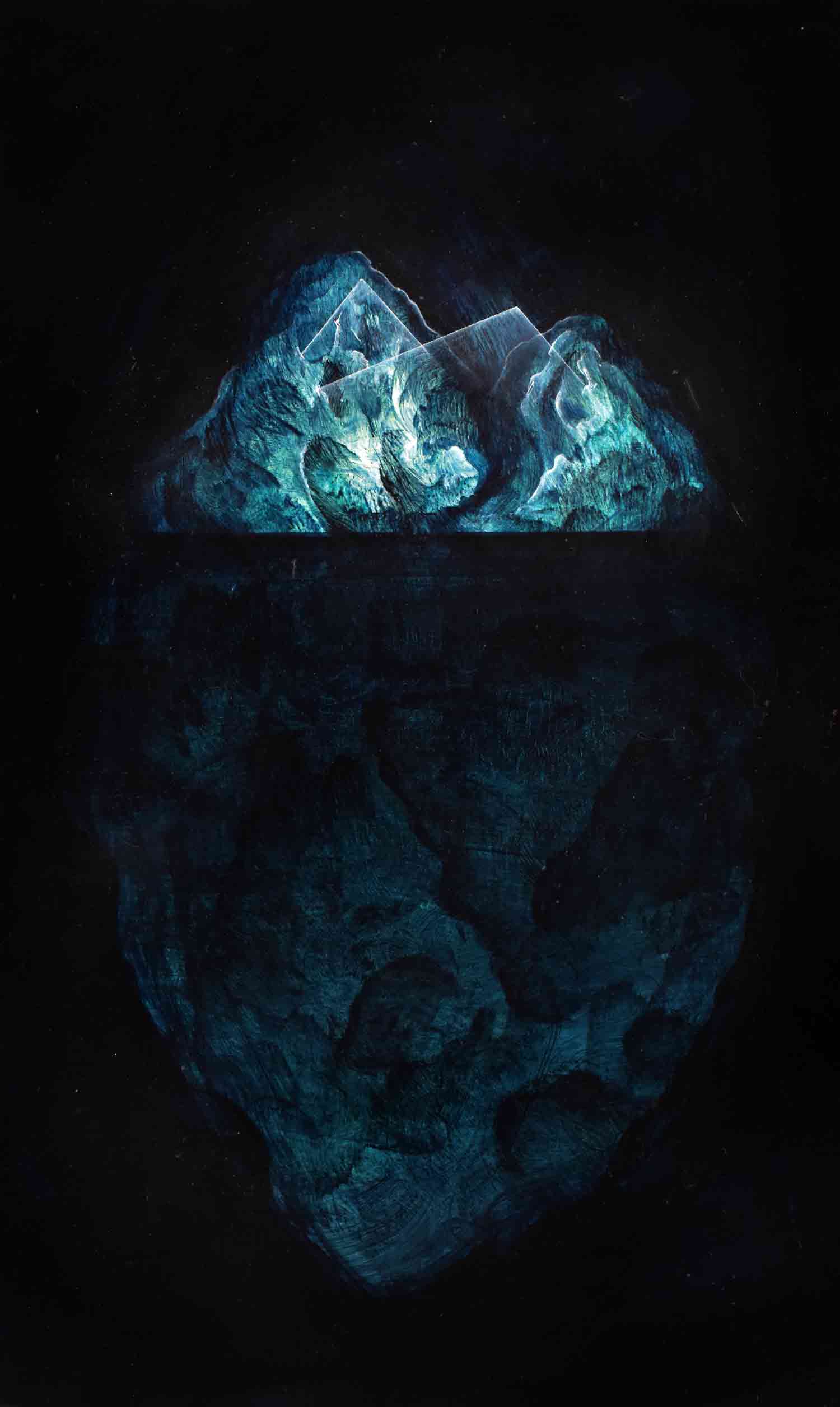 Always attached to drawing, since he was playing with chalk and tailor’s pencils in the back room of his parents studio, he followed up this inclination by enrolling in the artistic high school and subsequently at the Academy of Fine Arts in Venice where, in 2014, he obtained a specialization in Painting and Visual Arts with a thesis intertwining the theme of the Icon, the thought of Pavel Florenskij and the research of Marco Tirelli.

During the period of his studies he collaborated in the creation of the painting Oh Great Terrain! by the American artist Jim Hodges, on occasion of his personal show Love etcetera (2010), set up in the spaces of the Bevilacqua La Masa Foundation in Venice; he also collaborated in the preparation of the exhibition by the artist Maurizio Donzelli, Metamorfosi (2012), in the spaces of Palazzo Fortuny, in Venice. The participation in the So/stare project curated by Alberto Zanchetta and Remo Salvadori at Mac di Lissone and Isola Comacina on Lake Como dates back to 2013. He was subsequently a finalist for the Lissone Prize in 2014, mentioned by the Ora Prize in 2015 and winner of the first Under30 at the 2015 Arteam Cup in Venice. In 2016 he was invited by the curator Alberto Dambruoso to join the Bocs Art residency project in Cosenza while in 2017 he was among the finalists of the 57th Bugatti-Segantini Prize and the San Fedele Visual Arts Prize, exhibiting at the Galleria del Premio in Milan. He then won the Level0 Award at Art Verona in 2018 which led him in 2019 to show a site-specific installation, Frammenti, in the spaces of the Gallery of Modern Art in Verona. Also in 2019 he won the Award for best under35 artist at Setup Art Fair in Bologna, he was among the artists selected for the Falìa artistic residence, in Valcamonica, curated by Alice Vangelisti and he was invited to participate in the 14th edition of Selvatico, Atlante curated by Massimiliano Fabbri. In 2020 the personal show Silere was set up at Villa Contemporanea gallery in Monza curated by Rossella Moratto.

He currently lives and works in Vicenza.