It is the first time that Michela Picchi shows her artworks in a gallery. Tigre contro Tigre is the title of her debut solo exhibition. Picchi lives and works in Berlin. During her stay in Italy she tells us about her, about her experiences, her changes of perspective, different places and extensive collaborations. Through twenty artworks, specifically selected or produced for Martina Corbetta, the viewer can see her story.

These graphic artworks represent Picchi’s life. I met Michela a couple of years ago in Hong Kong: she was an established illustrator, a different and very complex graphic illustrator as well as human being. The strong Chinese city helped her to work and get inspired by using new colours, patterns and micro worlds. The city pushed her personal motivation to continue her artistic journey, from Hong Kong to Berlin – where she lives and works – to Barcelona, Paris and Taipei. Her first solo exhibition developed from her passion for travelling. Tigre contro Tigre, created in collaboration with Martina Corbetta, reflects the gallery’s artistic style through Picchi’s style.

Taipei is an important stage for several young talents to show art, it is a particularly good place for artists who, like Picchi, may have a different background – Michela studied Political Science, where she graduated specializing in Law and Economics, and then decided to follow her artistic flair and she studied at IED too. Picchi’s dream was to turn her passion, illustration, into an ordinary job.  “I learned, from this important change of direction in my life, that we should always try to be aware of what a human being is and what we can become”.

Tigre contro Tigre is the result of three personalities coming together– an artist, a curator and a gallery owner. The exhibition is a good place to see Picchi’s artistic research and a career she built through big collaborations with: Fendi, Pull & Bear, Converse, Vice, BG Berlin, Nike Italy, Bosco Berlin, American Express, Girl Effect, Avaaz, and various magazines too.

The fluid coloured method, with patterns inspired by pop art, the fantastic surreal tribal and dreamlike themes are immediately recognizable. At first, her bright colours have a strong effect on the viewers, but then, recurrent subjects such as the upside down self-portrait, the tigers, the imaginary pink unicorns, the couple, the circle, the flowers, the polka dots, all hide a deeper meaning. 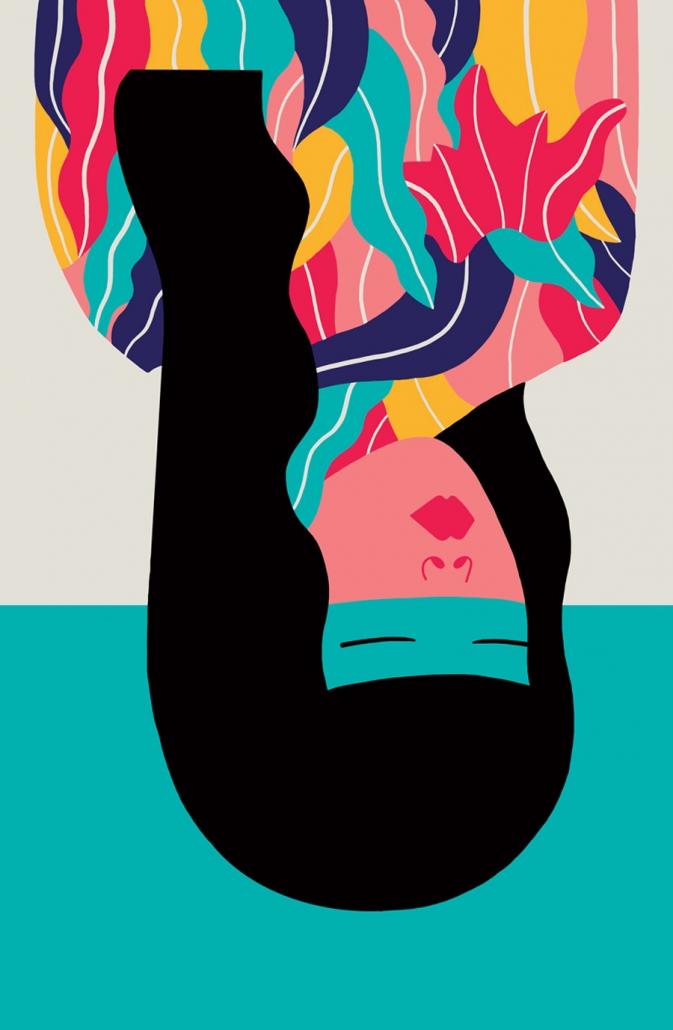